Earlier in the month I told you that this month's mission was to empty the box of unfinished projects. Well so far I have made good progress.

The cardigan that was never going to fit has been unravelled (ably assisted by my son, who was delighted at turning knitting into 'noodles') and bagged up ready to go to a charity shop. While the yarn was nice (Stylecraft Kon Tiki, long discontinued, 50% cotton, 50% acrylic), I never want to see it again, so someone else may as well gain from 600 g of it. 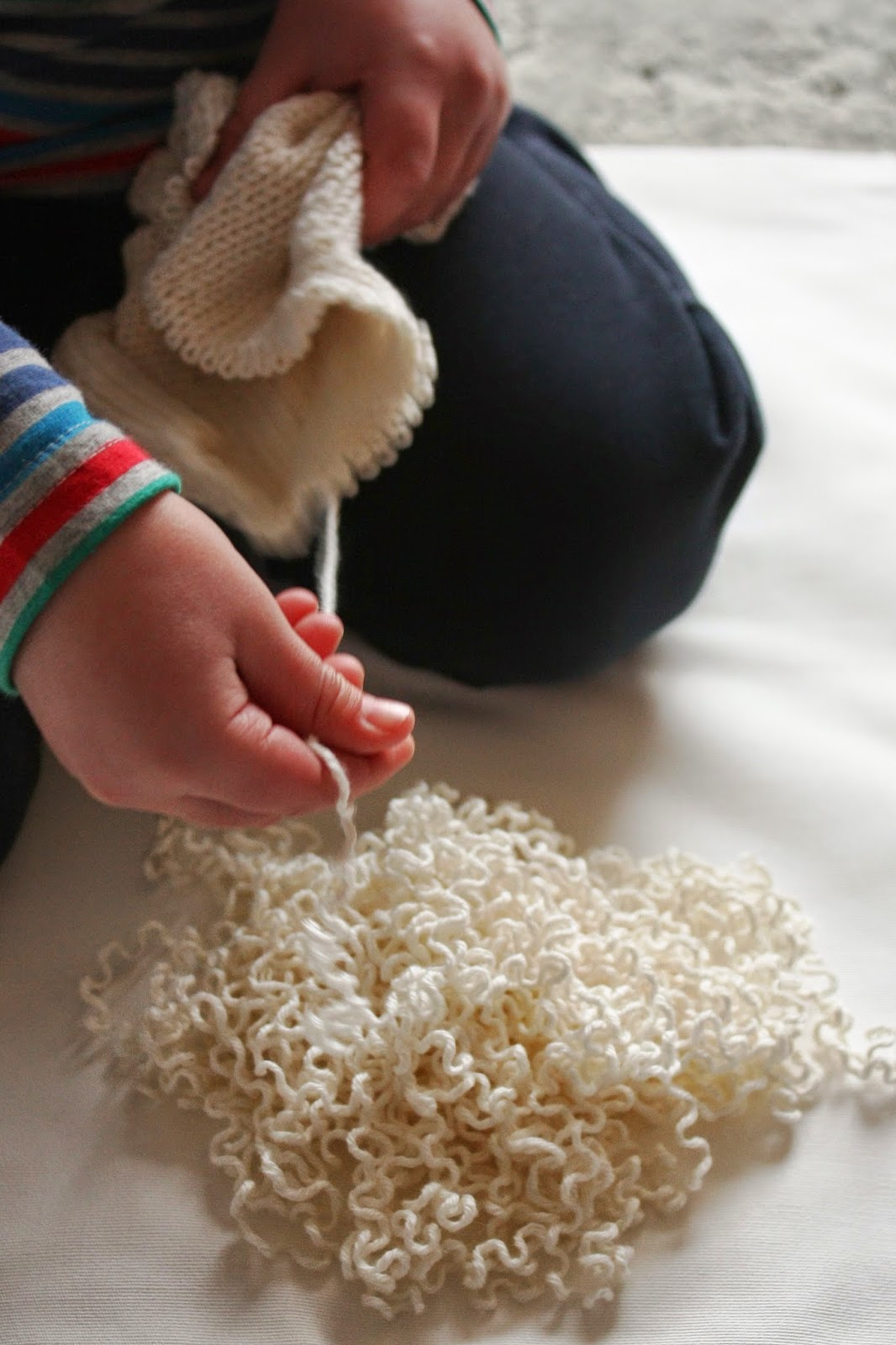 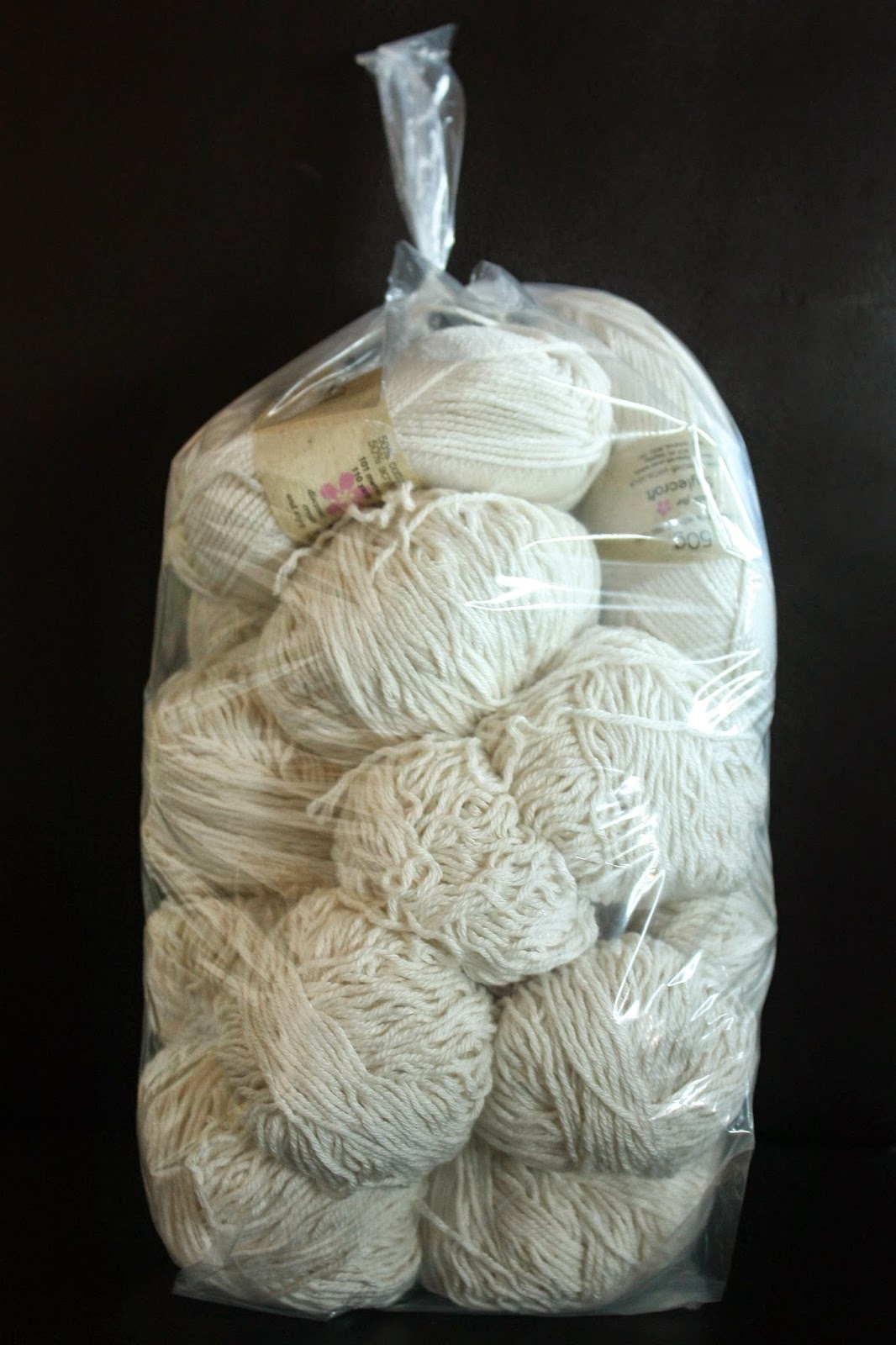 The scarf was finished in time to give to my husband for Valentine's Day. 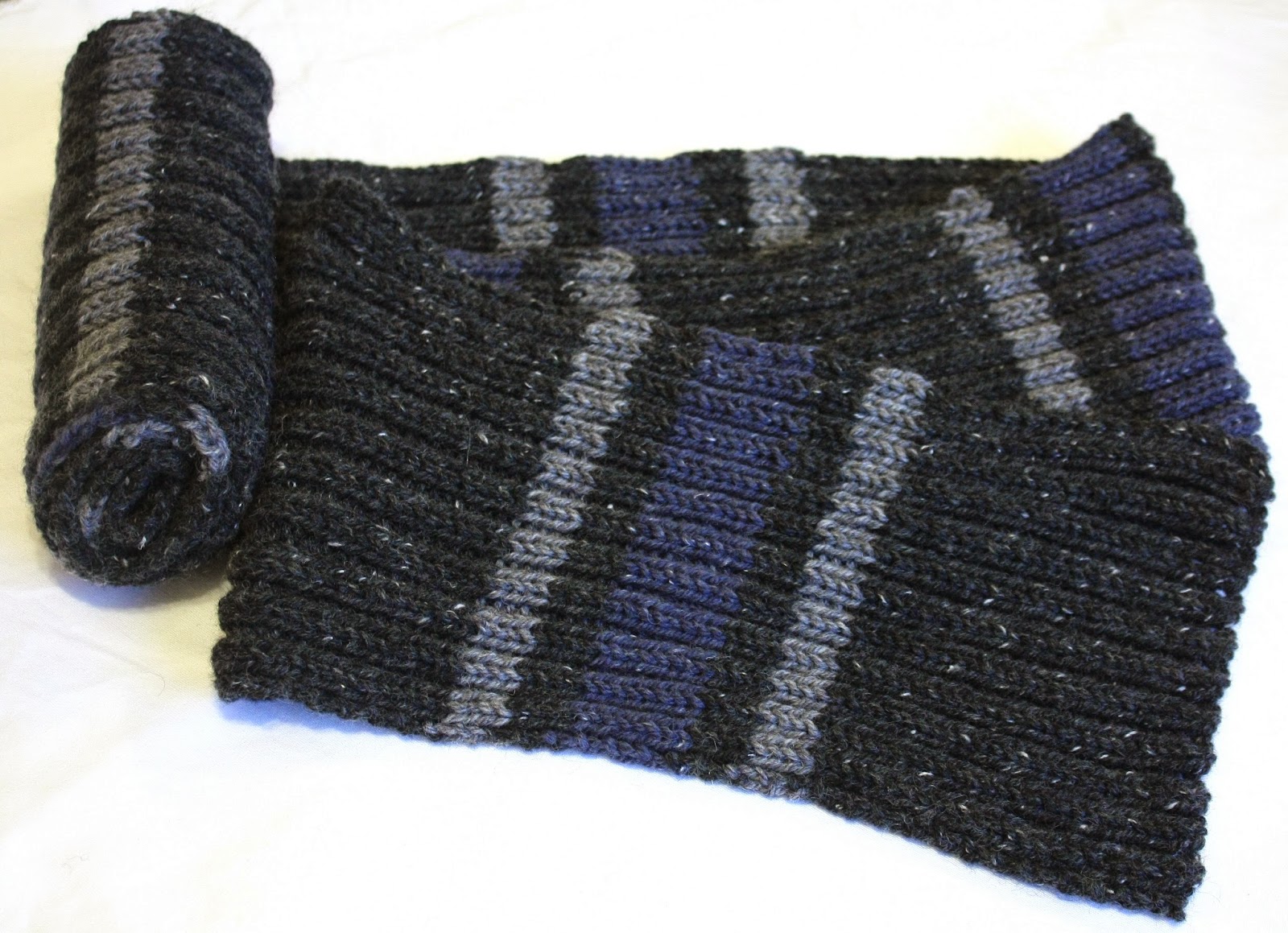 I asked my mum whether she wanted the squares, and while she wasn't that enthusiastic when I said they were on the loose side, she did say that she would take them off my hands, even if she had to unravel and re-knit them (aren't mum's great?!), so they've been wrapped up and posted off. I threw in the flower squares too, even though I'm certain they'll be unravelled.

Just a dinosaur and a baby jumper to go from the original box; I have however remembered several other homes for unfinished projects: there's a project bag containing various parts of a tiger stripe cardigan. It's something from just before I started writing patterns and is essentially a Sirdar baby cardigan pattern that I overlaid intarsia tiger stripes onto. While it's cute, my tension has changed significantly since I started knitting it, and the effect is just not worth the effort, so it's going in the bin. A bit sad, but at least I get the project bag back - it's a nice one! 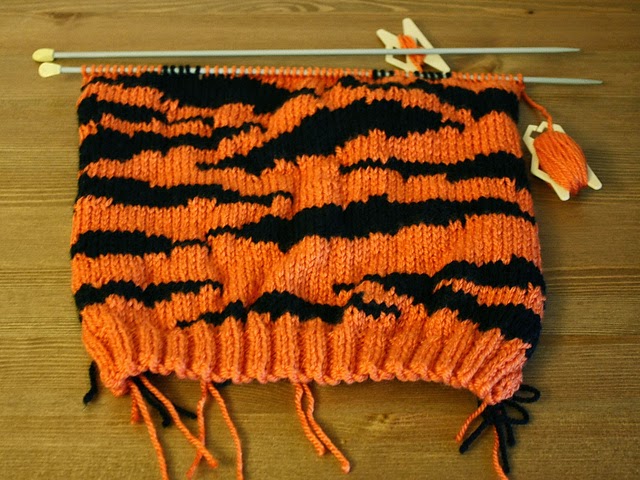 In the top of the wardrobe is a jumper I knitted for my husband. The jumper is entirely super chunky 1x1 rib, and did not work at all! He wore it and within minutes it had stretched to become too big. It was relegated to the cupboard in disgust and has remained there ever since. It's been put in the unravelling pile as I want to turn the yarn into something he will actually wear. I'm voting for something not ribbed.


So progress has been made, and by the end of the month the box might even be empty. And while I've been enthusiastic about finishing things off, I've been working on the wedding blanket, but that can have its own post when it's done!
Posted by Vikki at 08:18