I've been promising myself that I would knit Lisa Chemery's Summer into Fall since the very start of the Indie Design GAL, and here we are on the very last day... And it is done! 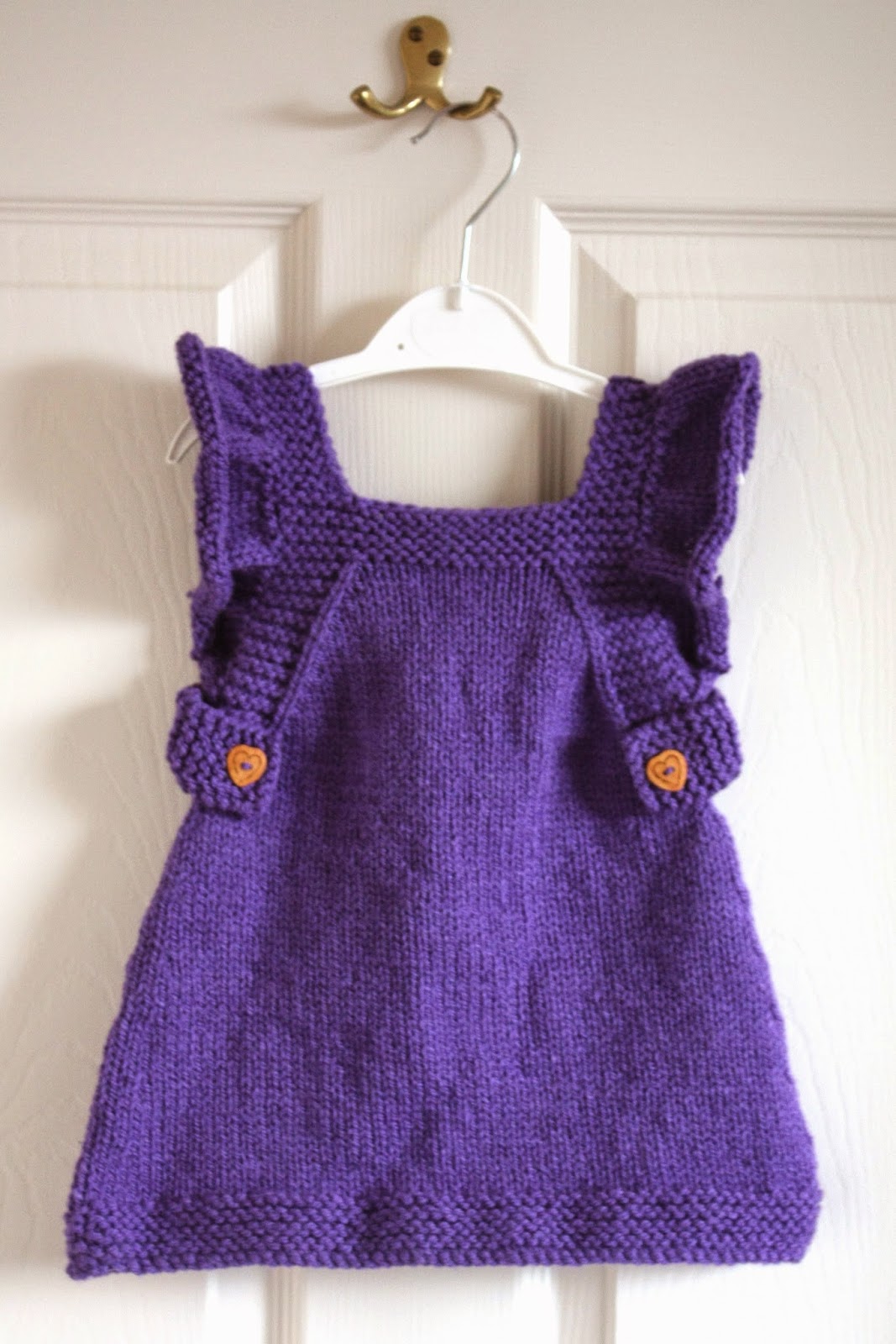 Lisa's designs first caught my attention in summer 2013 when she released Entrechat. The design is wonderful, with it's cute peplum hem and textured stitches. I've made three so far, and I'm sure there will be others. Her other designs are equally lovely; I have yarn earmarked for her Red Riding Coat, but have a little leeway on that one as I know I have enough yarn to make it in the largest size! Her pattern writing skills match up to her designs, with enough detail that an ambitious beginner could make any of them.

This design turned out to be 'one of those' knits. It started off in turquoise, I knitted the garter edging, then decided it wasn't my daughter's colour and changed to red. Casting on in red took a couple of days (genuinely casting on a few stitches then abandoning it as I was needed elsewhere), and by the time the requisite number of stitches were on the needle I decided red would be too Christmassy and changed to purple. I'd checked the tension in both turquoise and red, and hadn't managed to cast on before we needed to go away for Christmas, so I wound all the yarn I needed off the giant ball of Hayfield Bonus Aran and threw it in the bag with the needles that had worked for the turquoise and red (4.5 mm, for reference). Rookie error. About three quarters of the way through the skirt I thought 'this is looking a little wide', so I measured it and the stitch tension is out by 0.5 sts per 4 inches, so not majorly, but enough that my daughter won't be wearing it until late spring! Fortunately the design is forgiving and can be worn as a top with leggings once it's too short to be a dress. But I shall bear in mind, yet again, that tension should not be taken for granted...

As I had no other needles with me, I continued with the slightly large dress, which worked up nice and quickly. For some reason I got sidetracked whilst knitting the second strap and the dress got put to one side until I got home. So on Monday evening the dress was pulled from my luggage and I got the last few details done. I loved knitting the ruffles on the shoulders; so totally unnecessary, yet so adorable (they're also a bit bigger than shown in the pattern pictures as I had rather fewer rows per 4 inches than called for in the pattern, but still cute)! I finished the dress off with some super-cute buttons I'd bought in Somerset; I really like wooden buttons and the hearts are a really nice detail - although, as is often the case on my baby knits the buttons cost at least as much as the yarn. Let's not think about that too much... 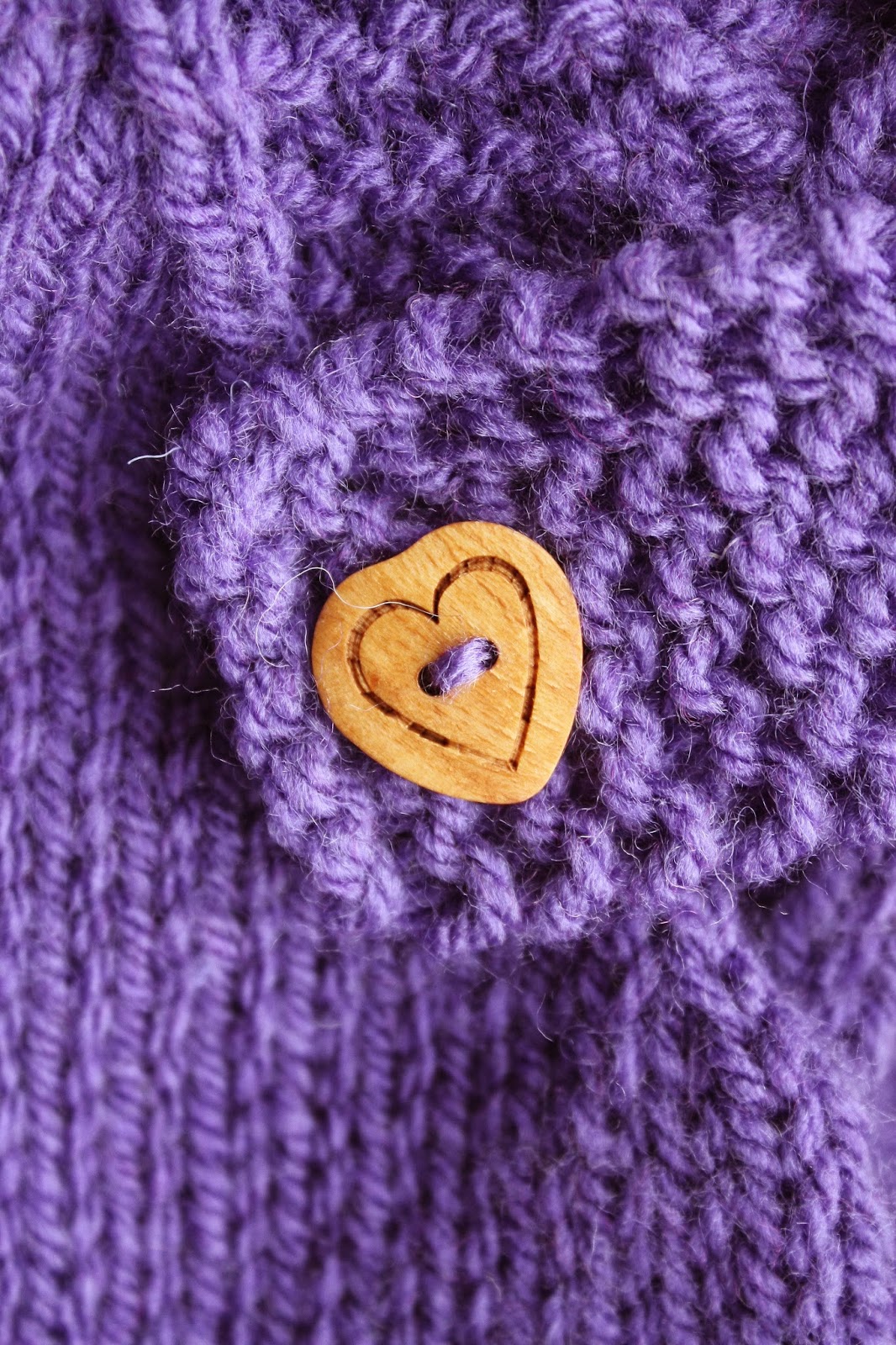 I hope everyone has enjoyed my Indie Design GAL posts. I've had a great time following the discussion boards on Ravelry and watching the finished objects thread. I've seen some wonderful designs that would otherwise have passed me by, and I've got to know a few people I would never have had the courage to contact. I'm really looking forward to next year's event, and I hope you are too!
Posted by Vikki at 20:00