Bake Day Wednesday has seemed like something of a misnomer for the past few weeks. We have been baking, but generally in a rather time-restricted 'these cakes need to be ready for a nursery party tomorrow and it's now half past midnight' way that happens so often around Christmas. But there have been bakes, so here's a quick round-up of the tasty treats we've made over the past few weeks.

Peanut butter and jam cookies
Chosen purely based on what ingredients we had in the house one afternoon; the biscuit dough has some peanut butter in it (the recipe said crunchy, we only had smooth, so the final biscuits were rather less textured than the recipe recommended), is rolled flat, then spread with jam and rolled like a swiss roll before being cut into slices and baked. I really liked their savoury edge and the batch disappeared pretty quickly. Even my husband ate some and he keeps telling me he doesn't like peanut butter! The worst muffins in the world ever!
I am often surprised when our muffins turn out nice. This batch of chocolate muffins were back to my standard (poor) record. They were so rubbery I classed them as diet muffins, I couldn't eat a whole one and about half the batch went in the bin. A sad bake. Anyone have any muffin baking tips? I could do with them. 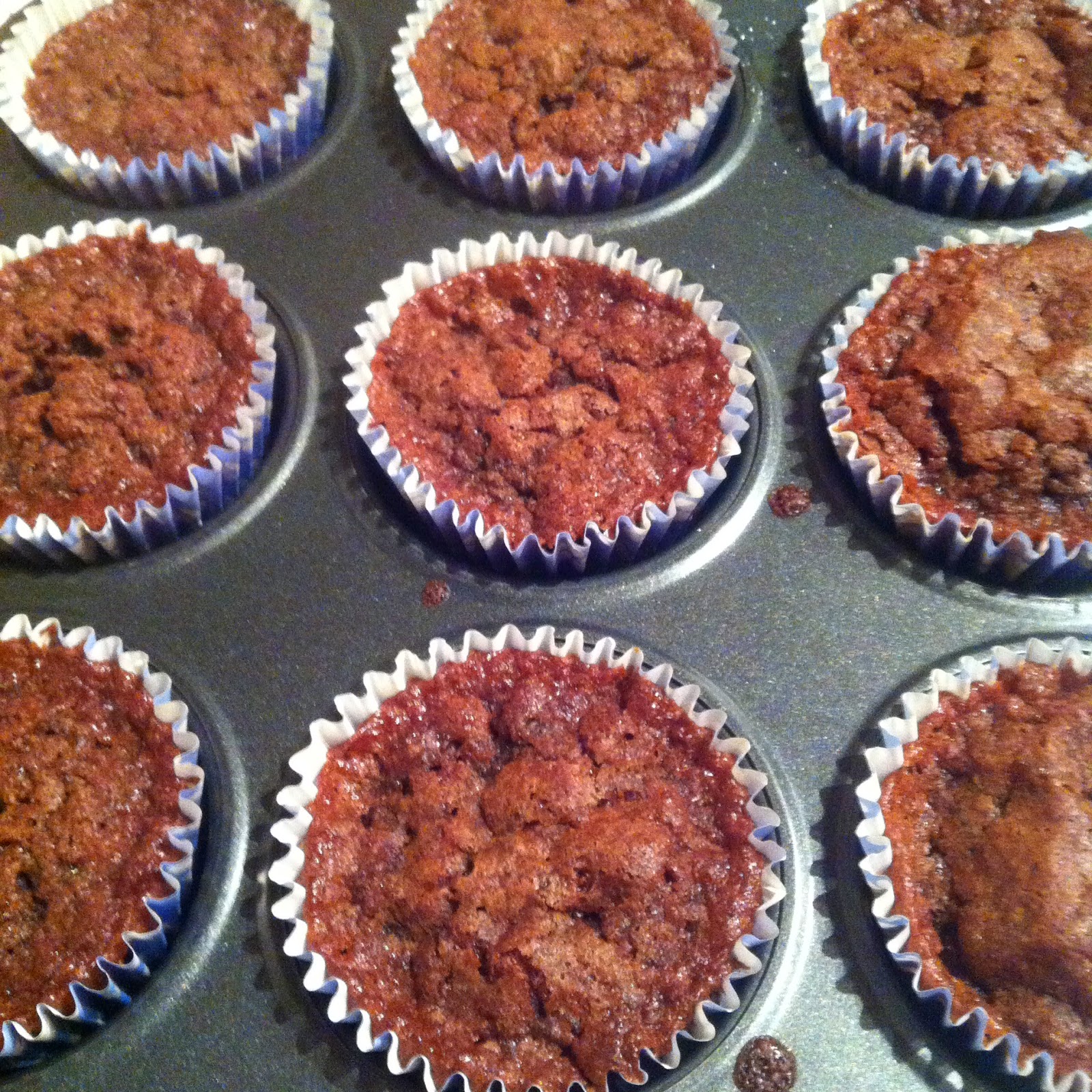 Festive cupcakes
Last week we had three toddlers and two babies in the kitchen decorating festive cupcakes. The cakes themselves are standard chocolate cupcakes. The trees are decorated with green butter icing, a chocolate star (made by Dr Oetker, and really delicious) and mini chocolate beans. The boys had great fun decorating them, although it has to said that two of them were rather better at eating the cakes and decorations than at making the cakes look like Christmas trees! 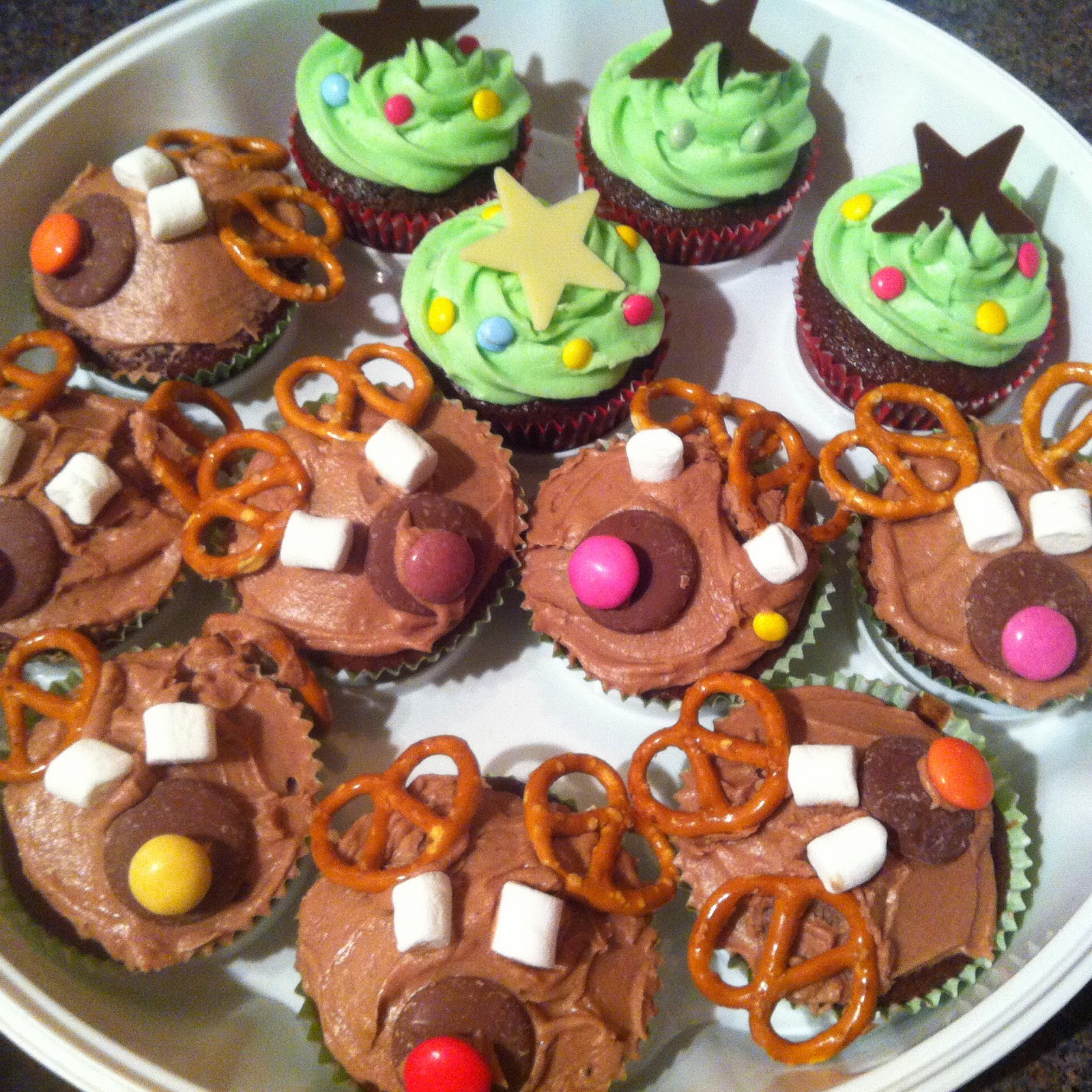 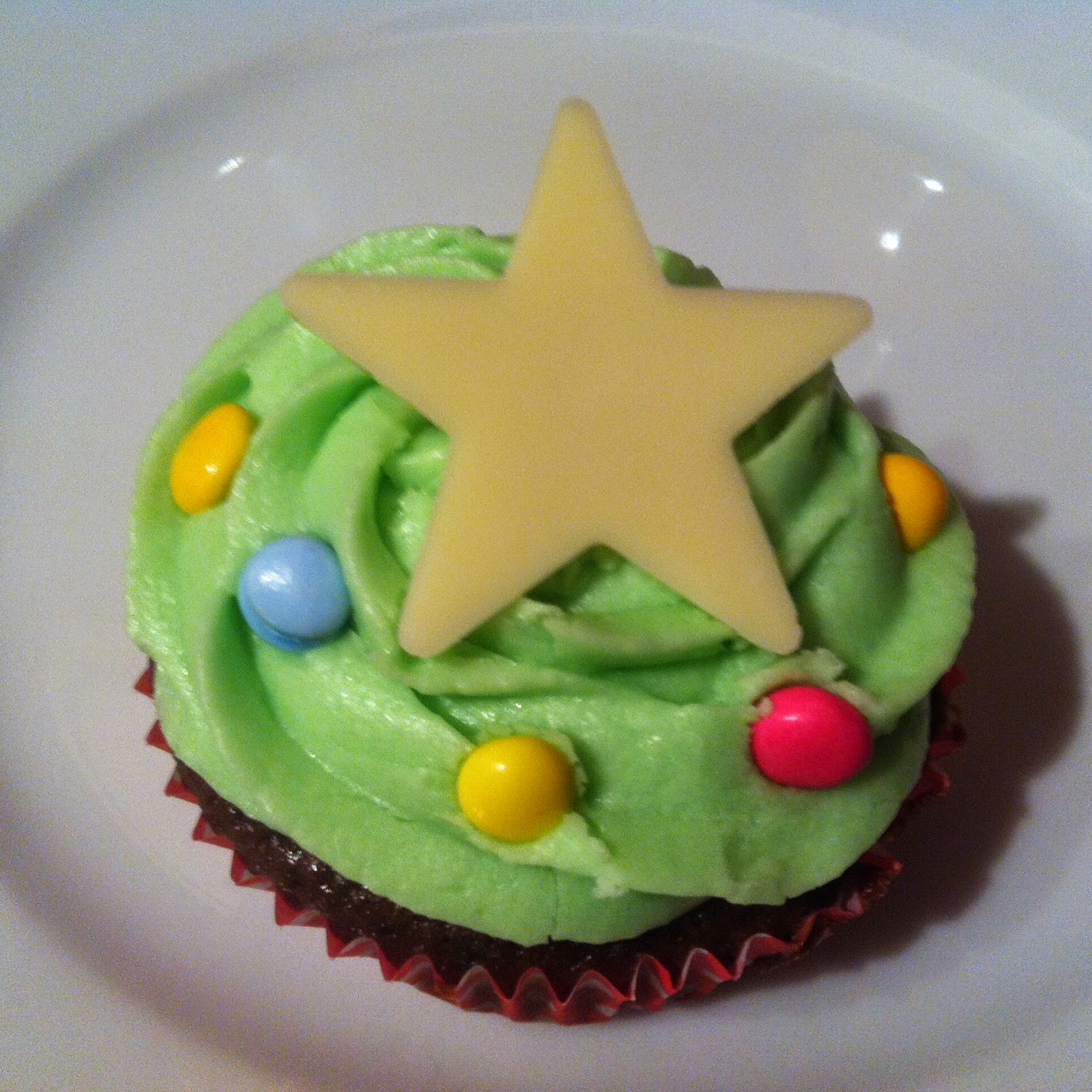 The reindeer were a bit complicated for three year olds, but one managed to attach the pretzel antlers, chocolate button and Smartie nose, and marshmallow eyes. If I was doing this with older children I'd using writing icing to add pupils to the eyes and they would look better, but most three year olds are not that discerning! And you might notice that very few reindeer had red noses - our tube of Smarties was not obliging. 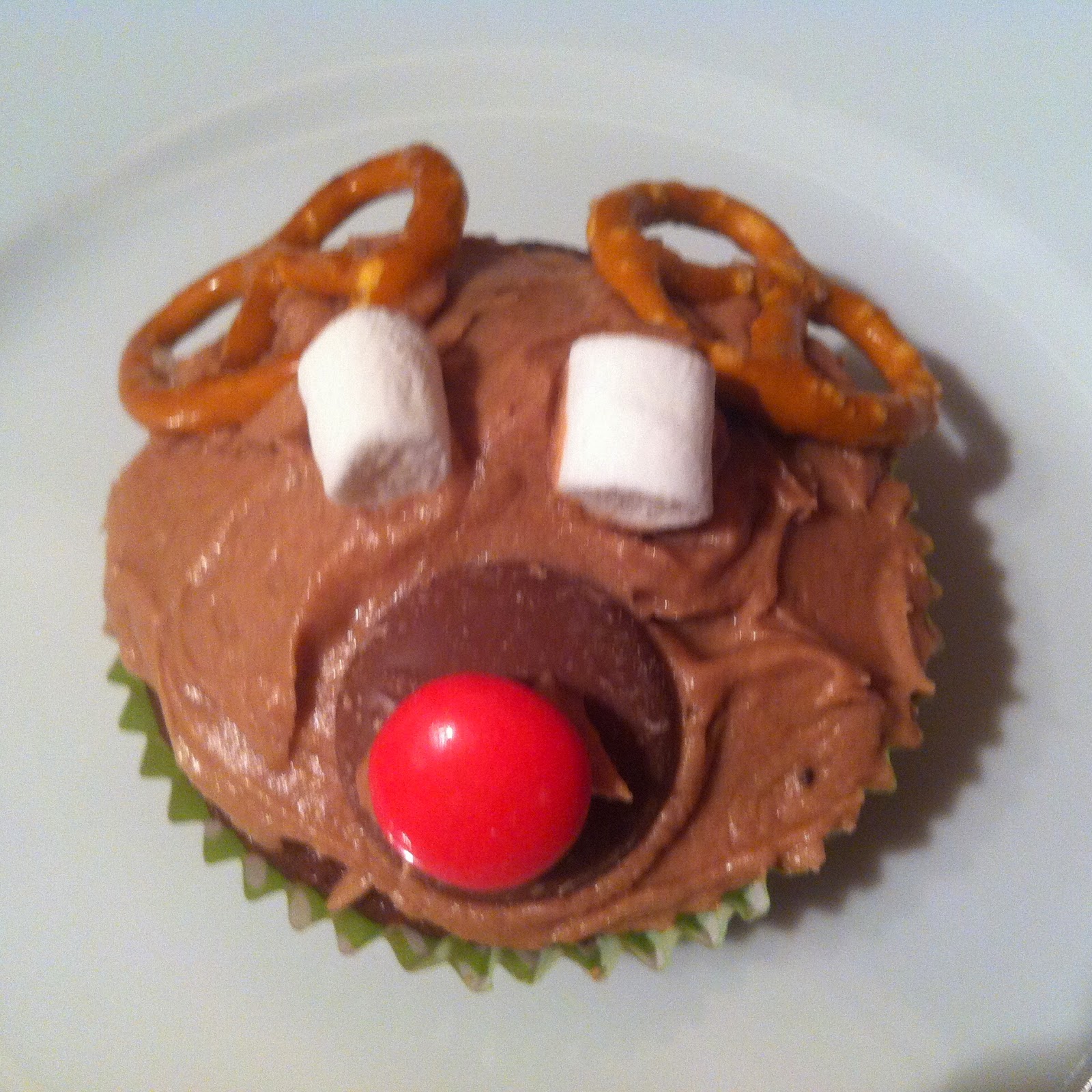 We repeated the activity yesterday with a different set of toddlers; I didn't managed to get any photos though. This time there was more attention paid to the Christmas tree decorating, and they looked really good, but you'll have to take my word for that.

Grandad's birthday cake
We live a fair distance from both sets of grandparents and my son was rather miffed when I said we wouldn't be able to bake a cake with Granny for Grandad's birthday. So I conceded that we could bake a cake in his honour. My son got fully involved and once we'd sung Happy Birthday he dashed to the kitchen to get one of his plastic knives to cut the cake. So cute, but the slice was a very strange shape! 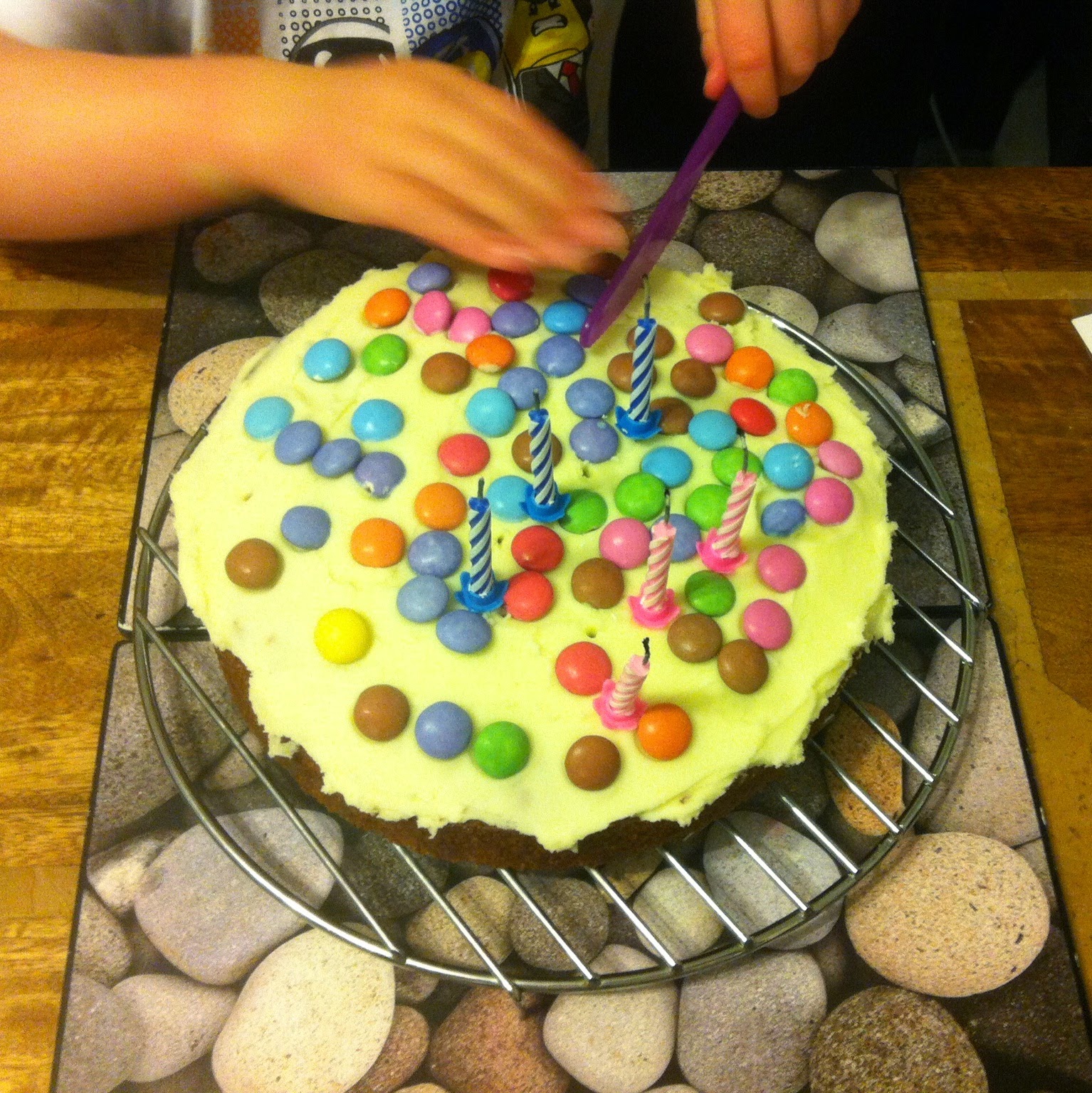 Planned bakes
With only a few days left until Christmas we're hoping to get a couple more traditional bakes in. I  bought a gingerbread house kit from IKEA a month or so ago, which we'll hopefully find time for. I've always wanted to make one, so am quite excited about it. And we need to make a Yule log. Need I tell you!

And that wedding blanket...
Didn't quite get finished in time. I've given the bride and groom a framed photo of a bit of the blanket as an IOU. I could have powered through it to get it done, but the kids do need feeding occasionally...