I carved a pumpkin!

I'm not really one for Halloween, but last week my son requested that we carve a pumpkin, so I thought we'd give it a go. Last Monday we picked up our pumpkin, purchased from a house round the corner from us that always has a stack of pumpkins at Halloween, and finally got round to carving it on Saturday.

As this was my first go at carving a pumpkin, I decided it would be wise to watch a couple of videos on how to clean out a pumpkin, and quickly realised it wasn't going to be as hard as I thought it might be - just cut the top off, scoop out the gunky bits and give the inside a bit of a skim with a spoon or ice cream scoop. My son was fascinated by the insides, but didn't want to touch them, so I did most of it myself while the kids pulled faces. 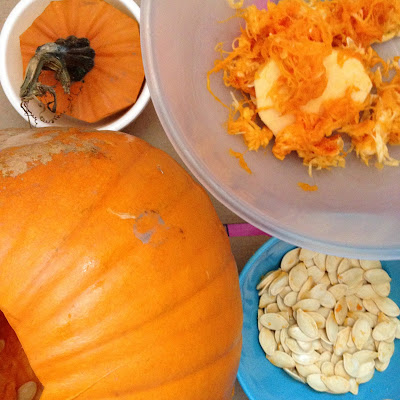 Fortunately my son's decoration requests were simple: a spiky mouth and some triangle eyes. We managed both with a small sharp kitchen knife, then stepped back to admire our handy work. 'Now it needs a candle Mum.' Yes it did, but I hadn't made the hole in the top big enough to get a candle in and light it without injuring myself, so we quickly whizzed to the shops to pick up some battery powered LED tealights, much easier!

And here is our pumpkin, and it's not bad for a first attempt. 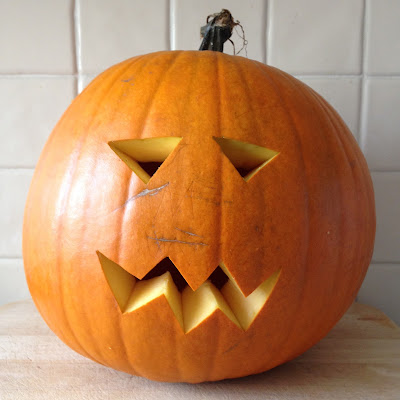 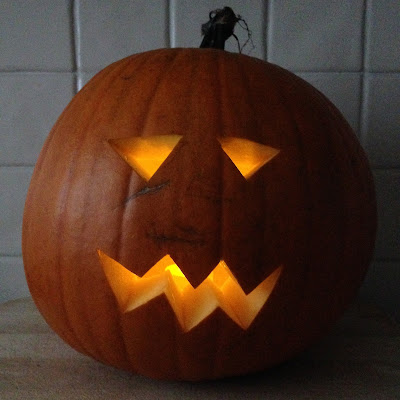 We also roasted the seeds with sunflower oil, paprika and a bit of salt. They taste a little like popcorn, and it felt good not to waste them, although if I do them again I might use cinnamon and sugar to flavour them, I much prefer sweet snacks. 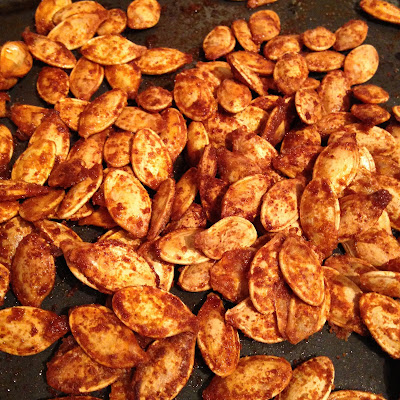