For my day job I have been lucky enough to travel to the U.S. several times, and one of the things I was really excited about was trying some American sweets.  I am a big fan of sweets, and can tell what pretty much any UK sweet will taste like (I am led to believe that this is normal if you are British, but pretty weird if you're from anywhere else in the world).

I tried several sweets with varying levels of success - American chocolate coated malt balls (Whoppers) are not the same as Maltesers, they were massively disappointing - no creaminess to the chocolate, no melt in the mouth texture! I really liked trying all the different varieties of M&Ms though - pretzel, peanut butter, shiny minty Christmas themed ones. All amazing. So I was very excited when I popped into B&M (a shop full of bargains) and discovered that they stocked several varieties of American import sweets, including the peanut butter M&Ms, which were my favourites. 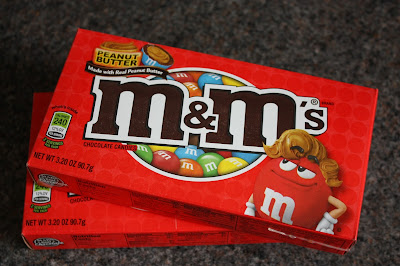 After the success of my M&M blondes a few weeks ago, I thought I'd make some peanut butter M&M brownies. I used the Hummingbird Bakery brownie recipe, and threw in two 'video' boxes of the M&Ms, then cooked the brownies as normal.


And the result? Delicious, sweet, sticky, rich brownies. Really delicious! I can't eat more than one in a sitting though! They are pretty decadent. 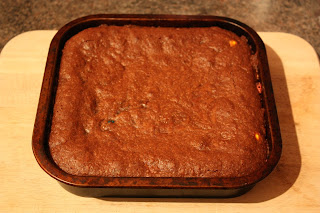 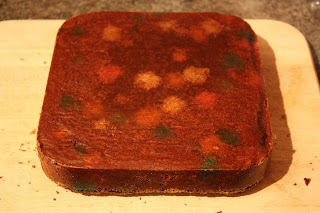 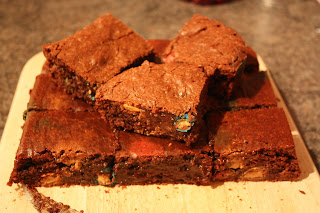