So, work (and life in general) is currently getting in the way of blogging. So I'm quite glad to be able to sit down now for five minutes to say hello. The past couple of months have been exciting, with no less than five new babies to coo over! Five! That's more in two months than usually arrive amongst my friends in a year. And there's another due in a few days time. Very exciting.

All these babies arriving does mean I am a little behind on the baby knitting schdule though. The recipient of the whale blanket arrived on Saturday, on his mum's birthday (thank you - just a name to remember and not anohter date!), and this is the current state of play of the blanket: 11 squares complete (including three whales, although they don't have features yet, so technically they're not actually complete, but close enough), 5 squares and a border to go (and some seaming and swiss darning). I have sent chocolates, a card and an IOU - just keeping up with tradition, their wedding present was six months late! 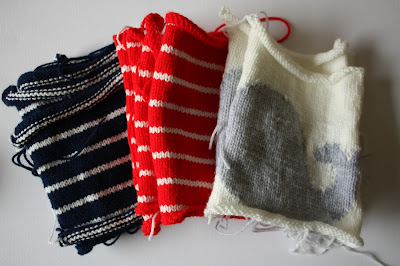 The two babies that arrived last month already have their presents: robot and dinosaur blankets. Neither of which I've written about yet, but I'll get there in the end. 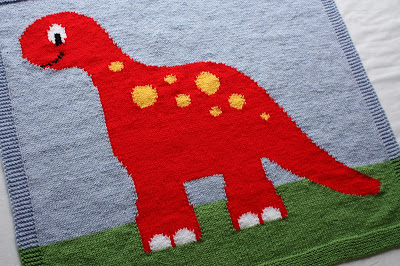 My son's nursery worker has had her baby, hope she liked the blue and green Beyond Puerperium. 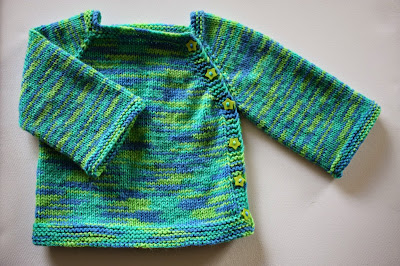 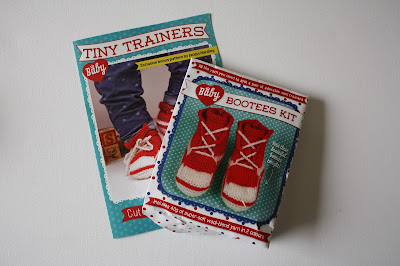