Last weekend my son was doing his usual thing of climbing over the sofa, when I heard a loud crack emanating from one of my knitting bags. I knew immediately what had happened - my needles had snapped! The project was my Hermione's Everyday Socks, which had been a little on the back burner, but I had planned on working on them in Sunday morning, so I was rather annoyed. 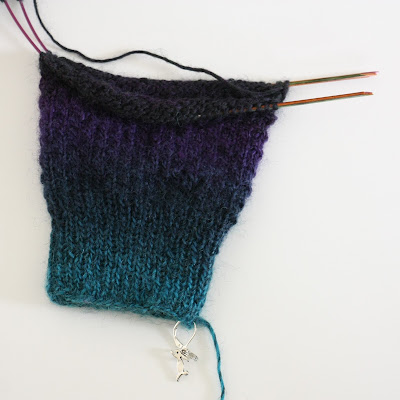 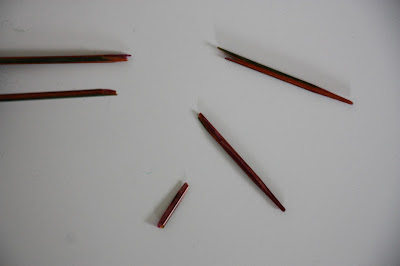 I've always been a little scared of using my Knit Pro Symphonies in the tiny sizes, but I've been knitting socks on them for the past six months, and this is the first pair that have got broken, which isn't bad going, especially as they broke in what would count as exceptional circumstances, and at least they snapped rather than injuring anyone. And it's easily enough to fix - the new needles have already arrived!
Posted by Vikki at 10:52