For several weeks now I have been promising myself that I'll knit my daughter a pumpkin hat. The yarn had been earmarked (Debbie Bliss Rialto DK in Burnt Orange, with accents in Wendy Merino DK in Spice and Apple Green, all leftovers from other projects), but I hadn't managed to get further than casting on a tension square (literally, not a single stitch beyond the cast on). 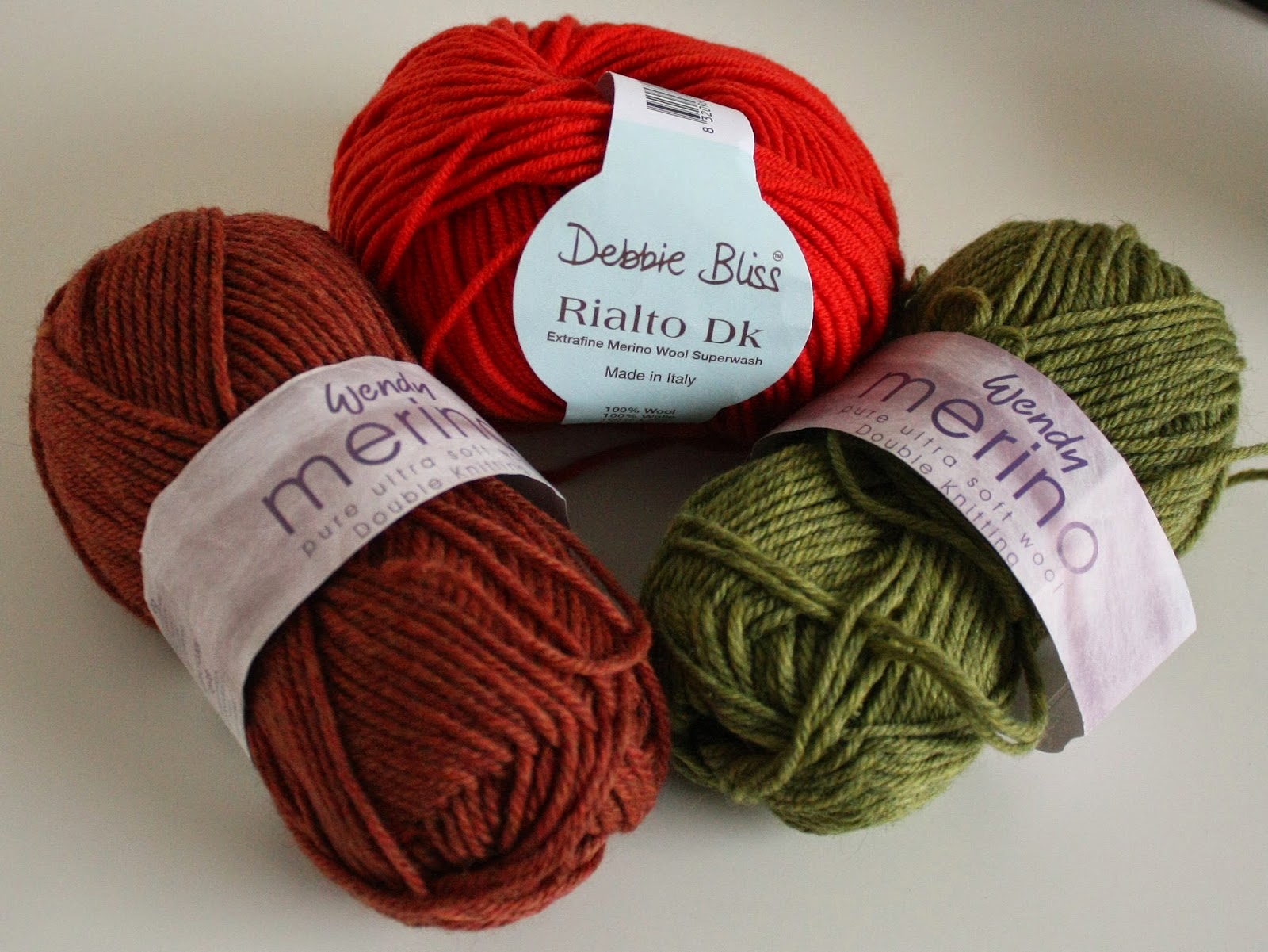 So this week, with Halloween fast approaching and autumn zooming by, I decided to knuckle down and get on with it. As I was running out of time I decided to risk skipping the tension square bit; recently I have always knitted (and washed, that's the time-consuming bit) a tension square - a couple of Christmases ago I went from being a loose knitter to being a super-loose knitter overnight and ended up with some hats that were ridiculously large for their recipients, so I definitely regard it as a risk, but my tension has been pretty stable over the past few months, so casting on with 2.75 mm needles (see, super-loose!) didn't seem too risky.

I cast on my standard number of stitches for a baby size hat in DK and worked a few rounds of 2x2 rib. I then realised I had forgotten to drop down a needle size for the ribbing, so pulled it out and started again. Why does that always happen when you want the project to be quick?

So on to attempt two. I used the right needles for the ribbing (hooray! Although I did manage to mislay the needle envelope; two days later I still can't find it...). Then moved on to the wide ribs for the main part of the hat. I worked a few rows, then realised that my positioning of the purl stitch in the ribbing was going to upset the crown decreases, oops. Rather than change the decreases for the crown (doable, but potentially untidy - my k2togs are much neater than my ssks), I was good and pulled back to the ribbing.

Attempt three worked and I finished the basic hat, crowning it with a brown 'stalk'. Then onto the fun bits, the tendrils and leaf. The tendrils are artistic license as apparently they're not there when pumpkins are harvested, but they're cute, so I kept them. I've knitted leaves for apple and strawberry hats before, but they're not really big enough for a pumpkin, and they're not wide enough either. So I decided to do some knitted doodles to get the right leaf shape.

Knitting doodles is my favourite way to design small things. Essentially I cast on on do what I think I should, usually based on a quick sketch, taking copious quantities of notes and see how what I come up with matches what I wanted. I then modify the pattern a bit from the notes and knit again until it looks right. As you can see from the pictures I knit my 'notes' as a string, not cutting the joining yarn between tests - this means I can reuse the yarn without creating lots of extra ends to darn in! 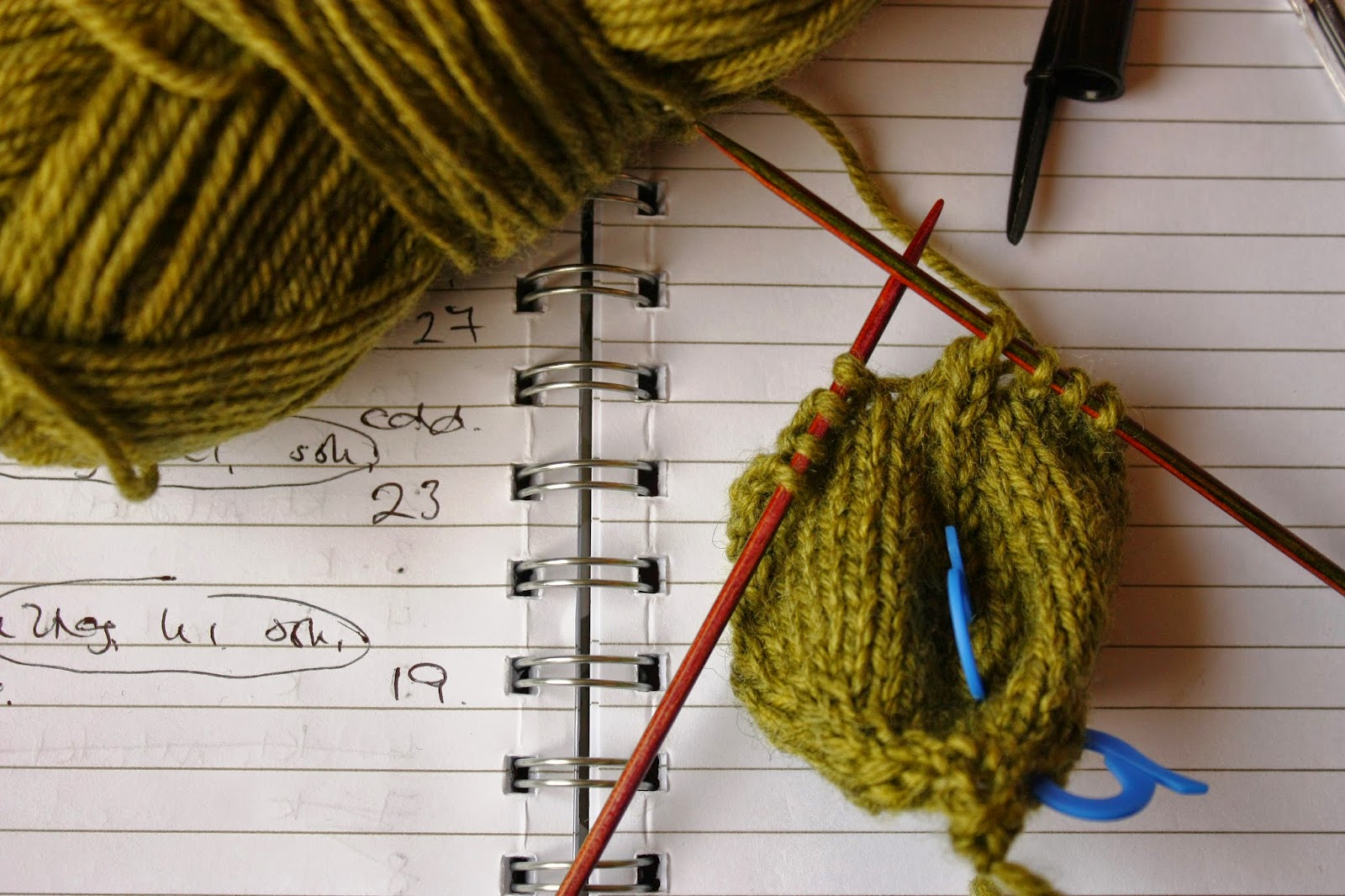 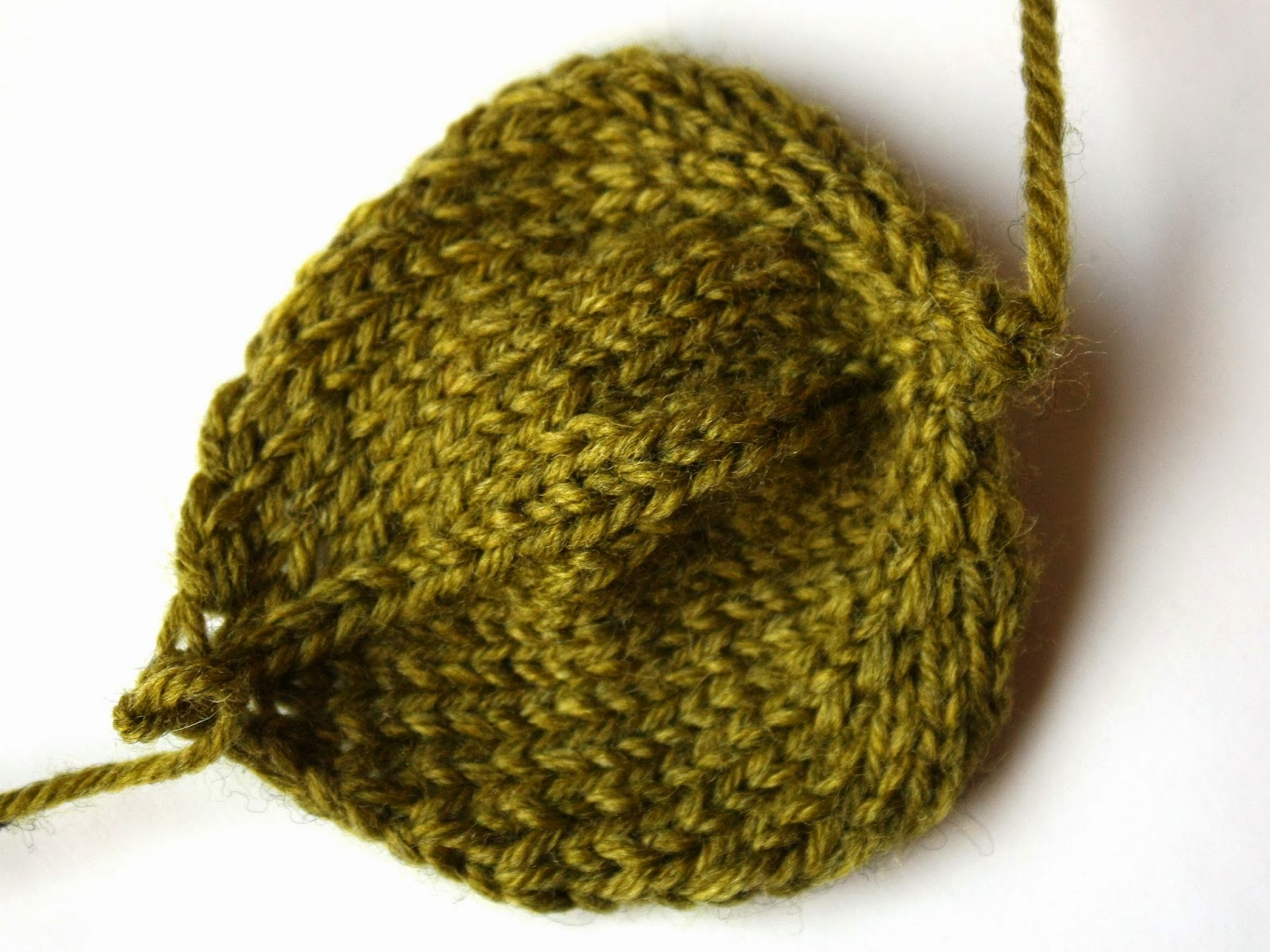 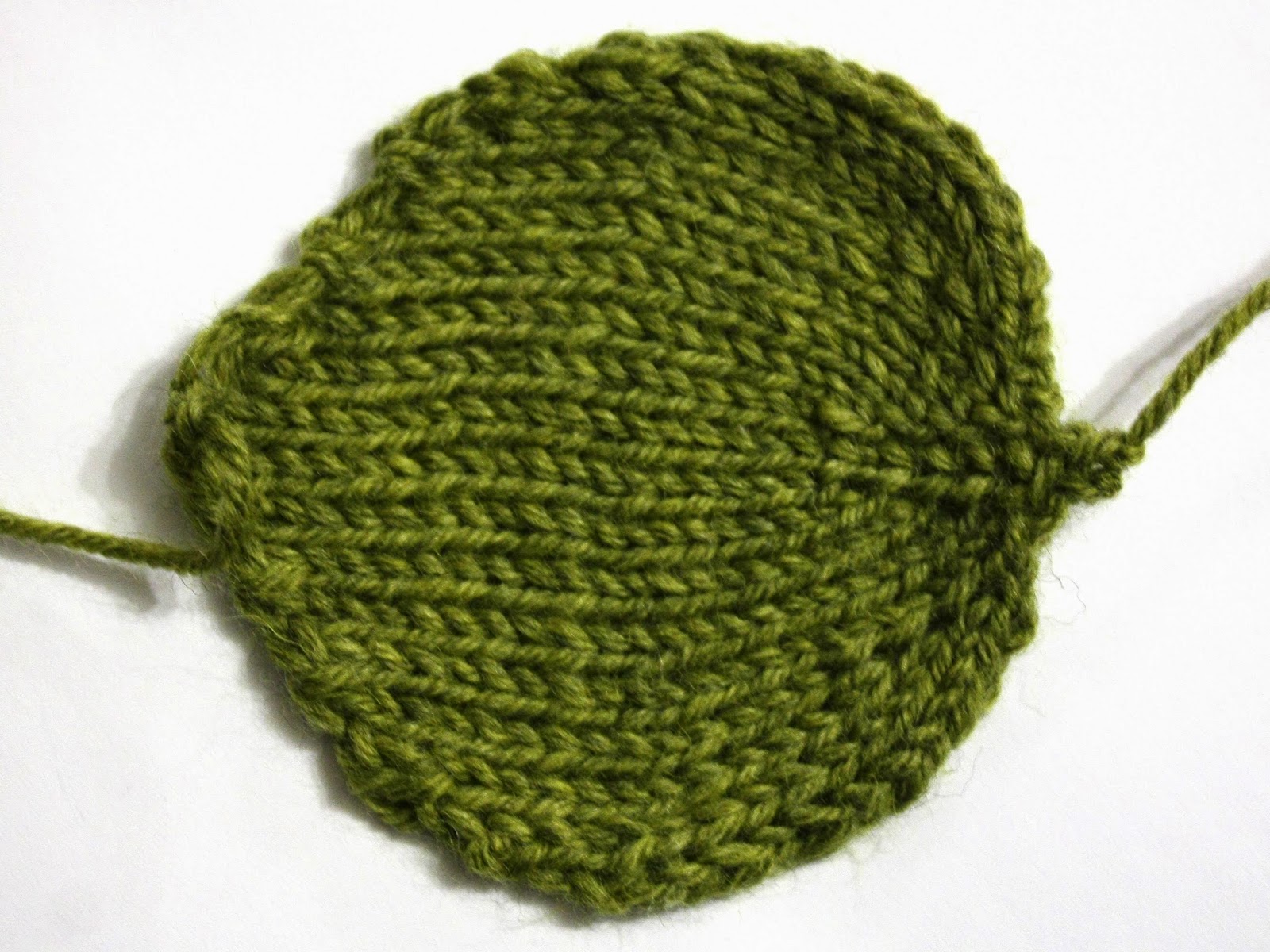 It took a couple of attempts to come up with a leaf shape I liked, so I then wrote the final pattern down from my disjointed iterations (referring back to the final test leaf before I unravelled it, with a few modifications for things I didn't like in the 'draft') and cast on the final leaf. A period of uninterrupted knitting later and I had a leaf. I think it looks pretty good.

On Wednesday morning I stitched all the bits together and darned in all the ends, then checked that it fitted (phew, it did, a big snug, but superwash wool grows on washing, so the final hat will be perfect), then washed and blocked it. It's still a bit soggy, but here it is. I'm really looking forward to seeing my daughter wear it! 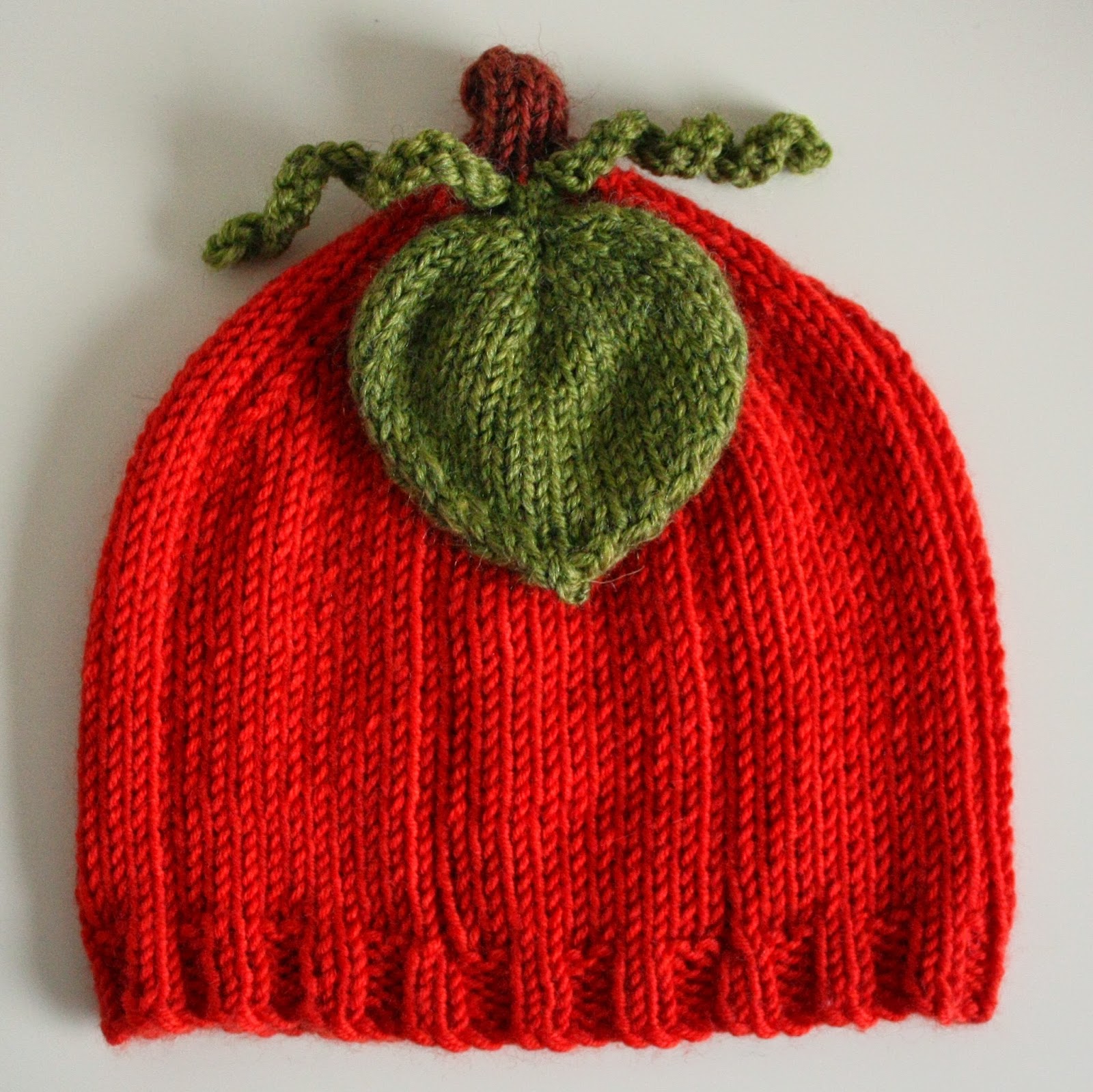 P.S. No baking this week. We're rather busy with other things, but I'm sure I'll tell you about those another time...
Posted by Vikki at 19:38