Bake Off is now in its third week and the baking theme of last night's episode was bread.


Yesterday was a busy day as my son went back to school, but I did manage to fit in bread making between other chores. I've made quite a lot of bread over the years, so I decided to invent my own recipe based on basic white bread: cheese and ham swirls. The swirls were made over several hours (mixing, kneading, proving, rolling, filling, proving, baking!), but were ready in time for my son to eat after school. He really liked them! They'd also be a great snack to eat whilst playing board games or watching Bake Off. 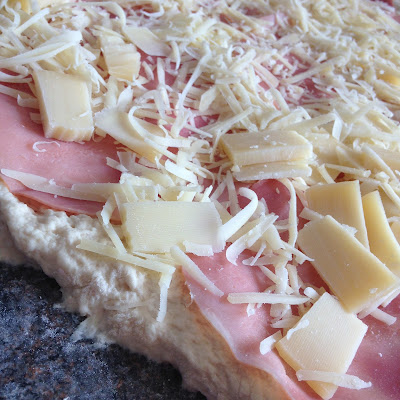 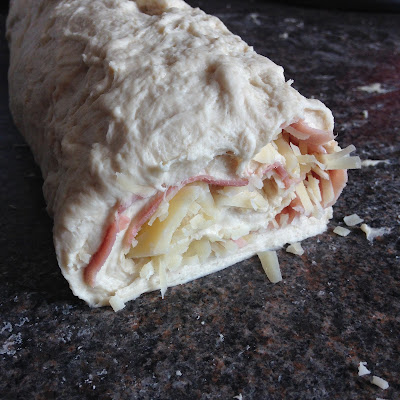 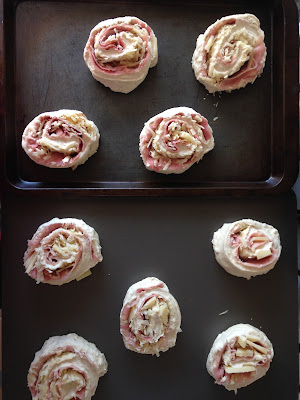 If you fancy having a go for yourself, here's the recipe.

500g strong white bread flour
7g sachet of dried yeast
1 tsp caster sugar
1 tsp salt
25g soft butter (if your butter is fresh from the fridge, microwave it for a few seconds to soften it)
300 ml lukewarm water (I used 250ml cold water from the tap and 50ml hot water from the kettle)

Let me know how it goes! If you wish to share this recipe, please credit me and link to this post; do not copy without acknowledgement.