The trouble with socks: Part 3

When I last posted I had managed to get as far as having a leg knitted, so far, so easy. On to the heel.

Step one was the heel flap. The book suggested knitting a slipped stitch heel, so slip one, knit one for one row, then purling the next row. Simple. Or not. From experience I know I am not great at slipped stitch patterns; I've knitted two honey cowls and both are littered with errors. But I only needed 36 rows, which surely I could manage without making any mistakes? Well no. It took me three attempts to get it right! Fortunately the yarn withstood tinking well, but the whole thing took rather longer than I anticipated!

Step two, turning the heel. In theory one of the more complex bits, but the book explained it really clearly and I sped through that bit - it's always nice when rows get shorter as you work them. 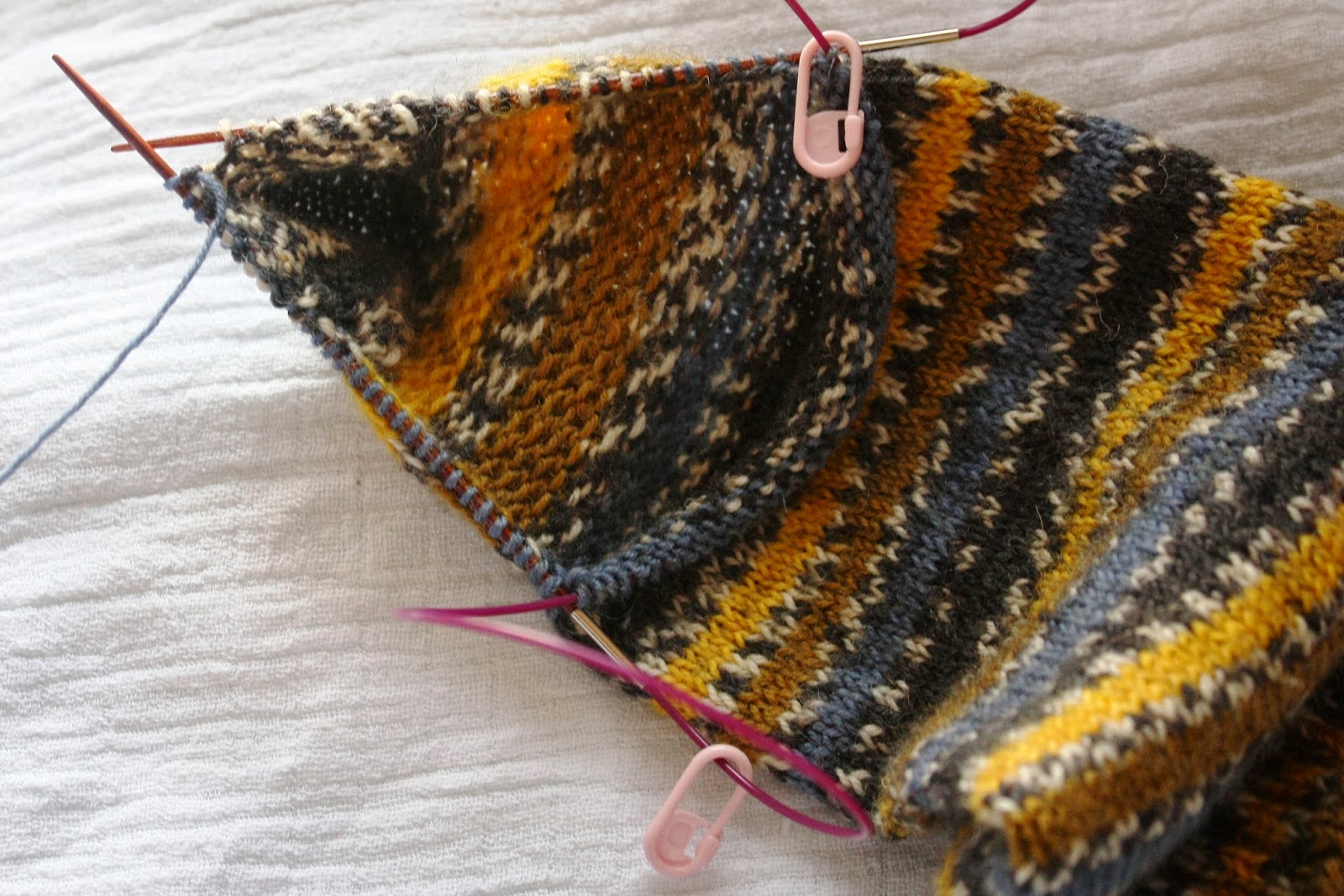 Step three, knitting the gussets. I found this bit a bit problematic. The pattern is written for four DPNs (one for the instep, the rest of the stitches divided between two more and a fourth for the actual knitting), but I was using magic loop, so had to add stitch markers to mark the ends of needles, and I split the instep stitches between the two working regions. But once I'd done this it did suddenly look (a bit) like a sock. 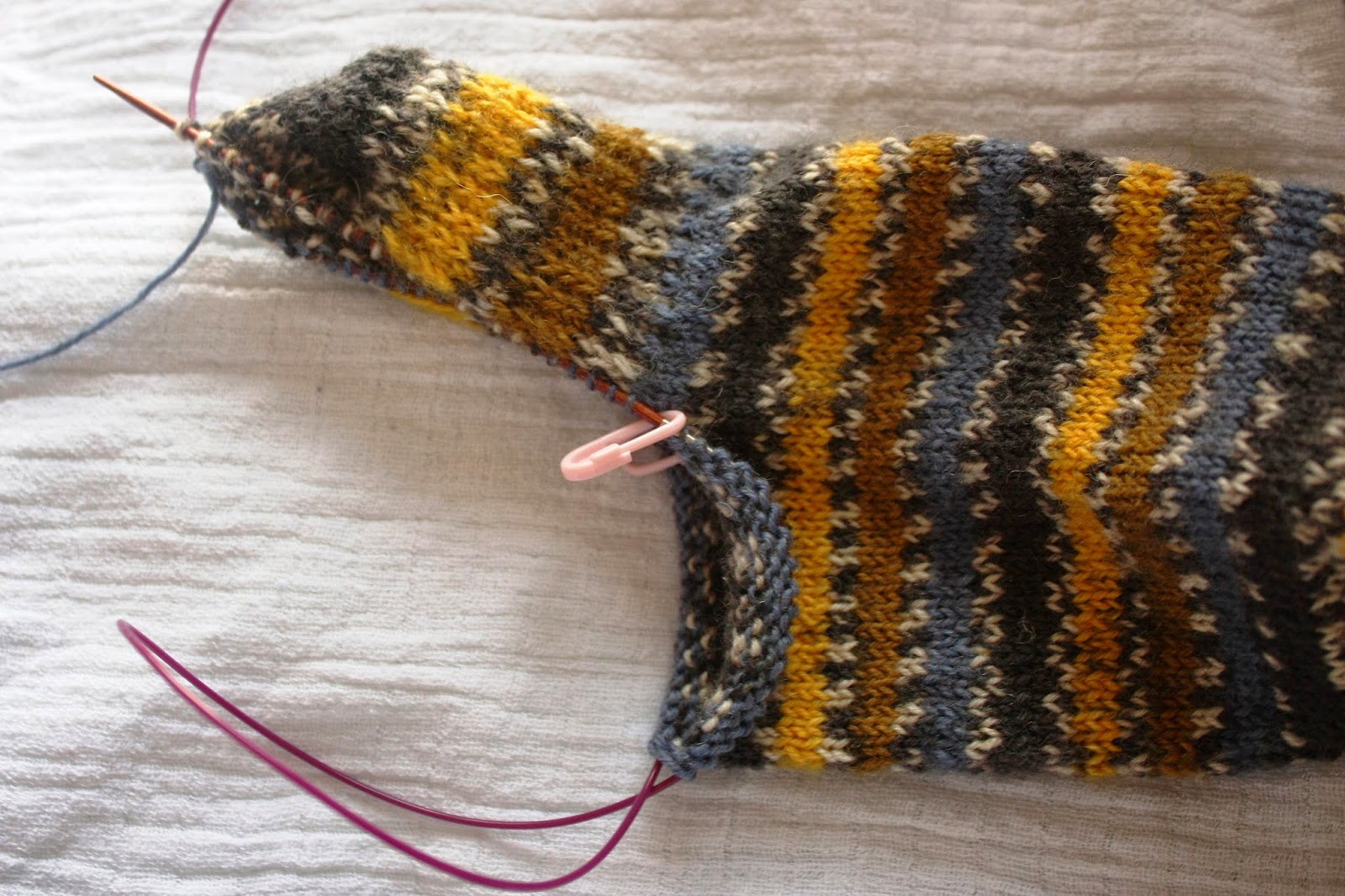 As I move onto the foot, I am starting to get a little concerned that maybe I should have gone for 68 sts rather than 72 sts - knitting stretches, but doesn't tend to shrink to fit round your leg if it's too big. Not that I've tested it! And I'm wondering whether it might be a little long in the leg. I'm also keeping my fingers tightly crossed that my first sock uses less than half the ball; I would be a little annoyed (probably more than a little annoyed) if I'm a couple of grams short of being able to knit a second sock. But I am persevering. After all, the first of something is never perfect...
Posted by Vikki at 19:35