I had lots of plans for Easter baking, but none of them happened. Not such a bad thing though as the reason for them not happening was a week of glorious weather, which it seemed a pity to waste, so rather than spend time in the kitchen, we spent time running around outside and enjoying the spring sunshine. By the weekend though, we were all exhausted, so my son requested a day at home baking a cake.

My son decided that he'd like a pirate cake, and as Lent is now over, I went for my default Hummingbird Bakery chocolate cake. Thankfully we've run out of blue food colouring, so the cake had chocolate icing, and was entirely decorated by my three year old. Not necessarily terribly artistic, but very tasty! 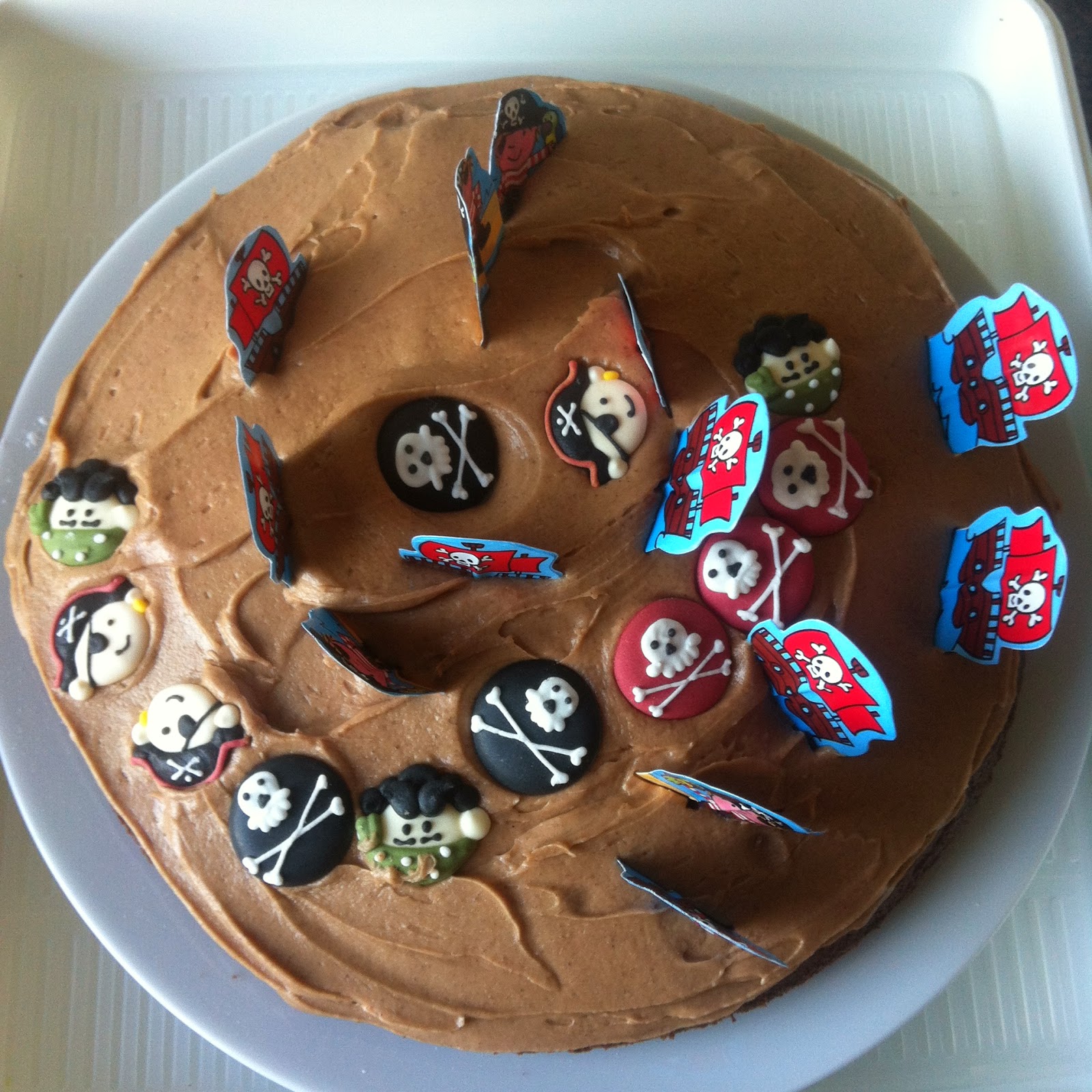 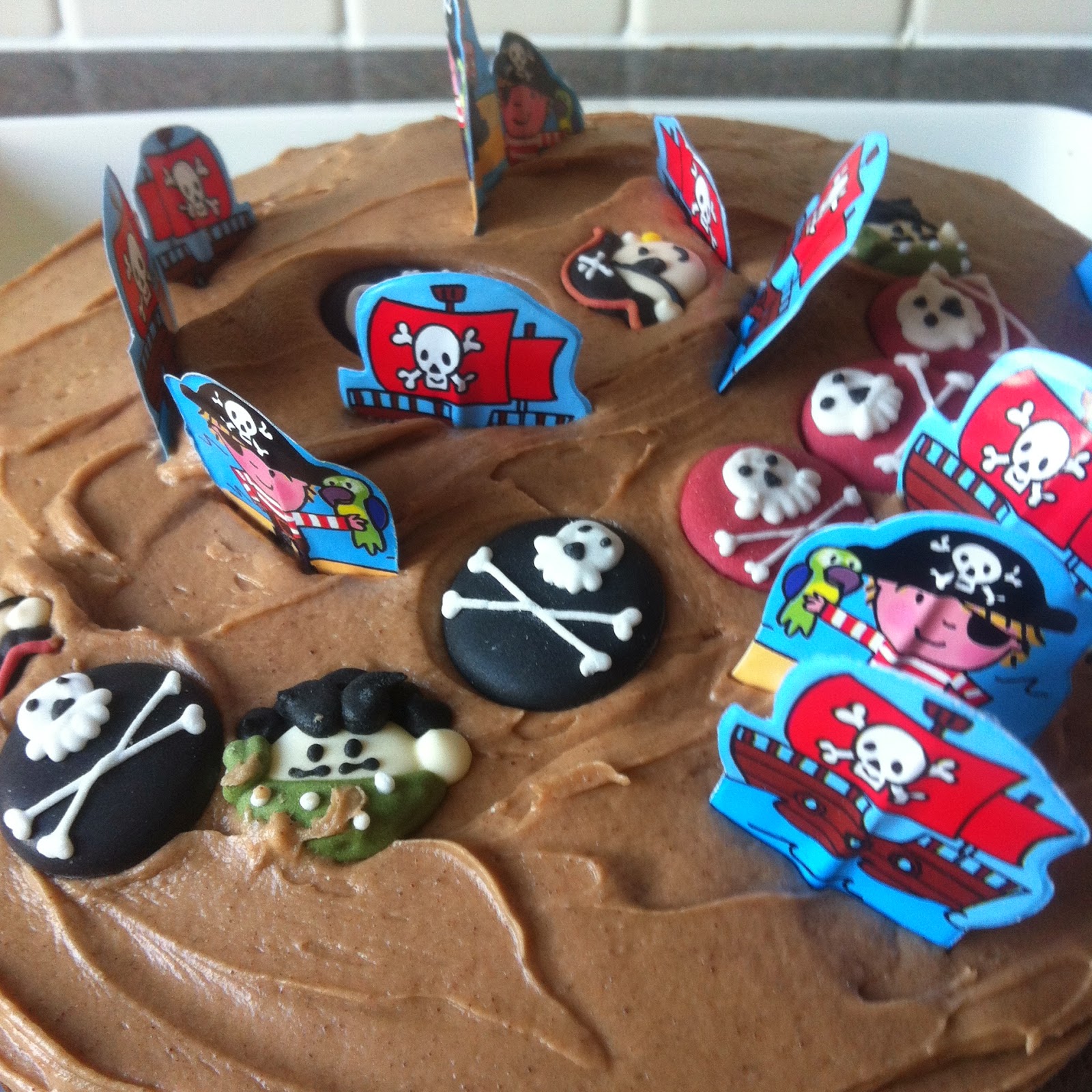 And on Monday we finally got round to going to a local group - cupcake decorating for 18 month to 4 year olds. An excellent idea! Each week has a different theme and this week's was Hairy Maclary. The session started with a story, followed by a craft related to the story (making dog faces from paper plates; my son decided that he just wanted to colour his plates in, which was fine), then cupcake decorating, again following the doggy theme. My son didn't quite follow the decorating scheme for the cupcakes (he objected to them needing marshmallows for eyes),but he had a lot of fun sticking the decorations onto his cakes. And a lovely time afterwards eating his cakes (actually he was good and let me have one). 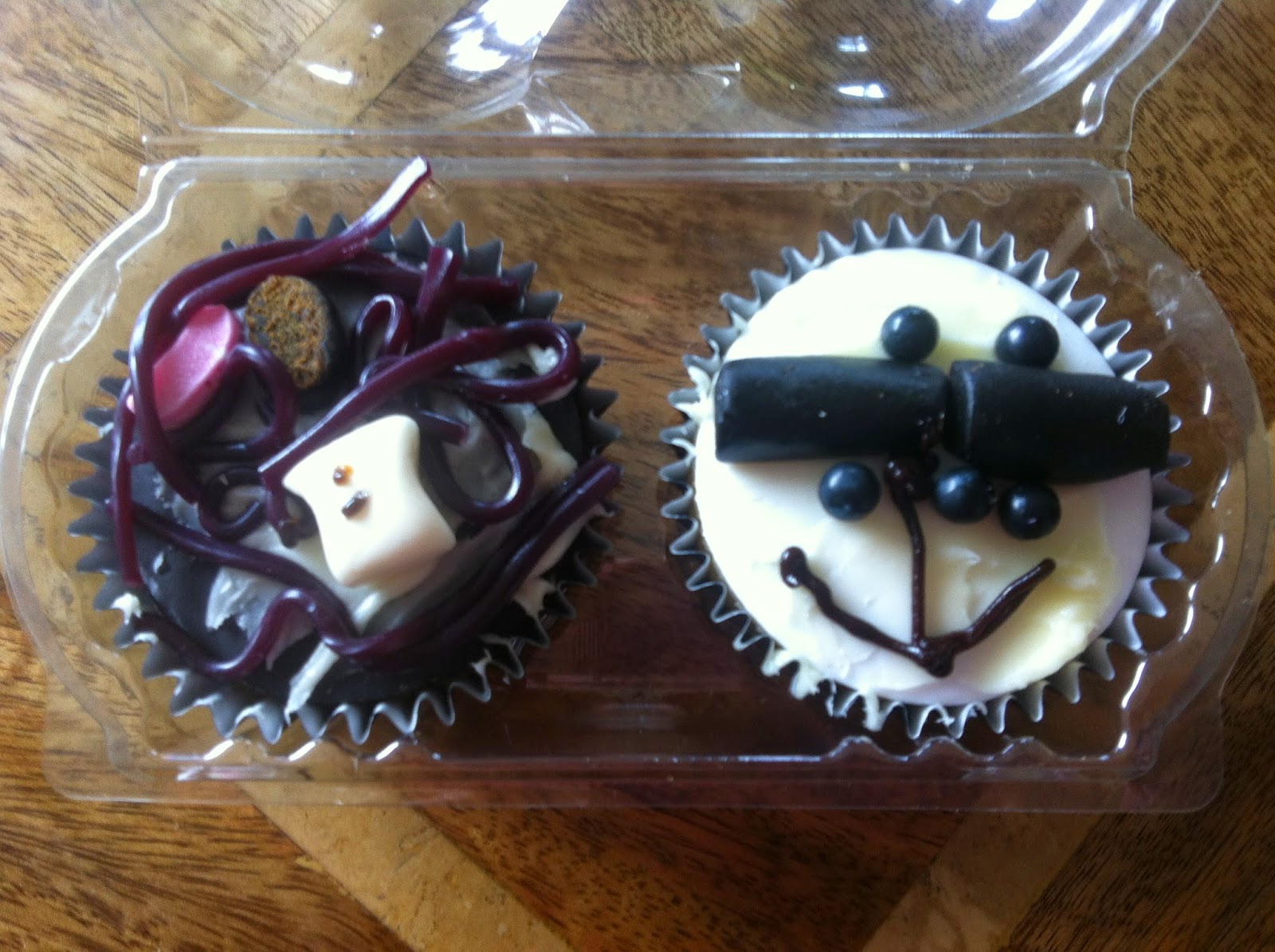