Having triumphantly finished my first pair of socks a few weeks, I decided that it was time to cast on my second pair. The yarn choice was easy: I had bought some red Araucania Ranco just before the start of Lent that was just begging to be cast on. As for the technique, that was a little more complex. I could just have knitted a second pair identical to the first, but the idea of knitting socks two-at-a-time appeals, and a friend had lent me a book on knitting toe-up two-at-a-time socks, so that was what I went for.

I considered winding the yarn into two balls, but had stumbled across a blog post that mentioned being able to make a double stranded centre-pull ball for knitting two-at-a-time socks, an idea that intrigued me. So I did some Googling and found a blog post (that I now can't find...) with a pretty good photo tutorial. Essentially you find both ends of your skein, and, holding the two strands together, tie a slip knot and put the loop around the handle of a wooden spoon, then just wind your yarn round the spoon to make a ball. As you don't cut the yarn, it should be possible to use all your wool. My ball is a bit messy, but it was much quicker to wind than winding two balls! 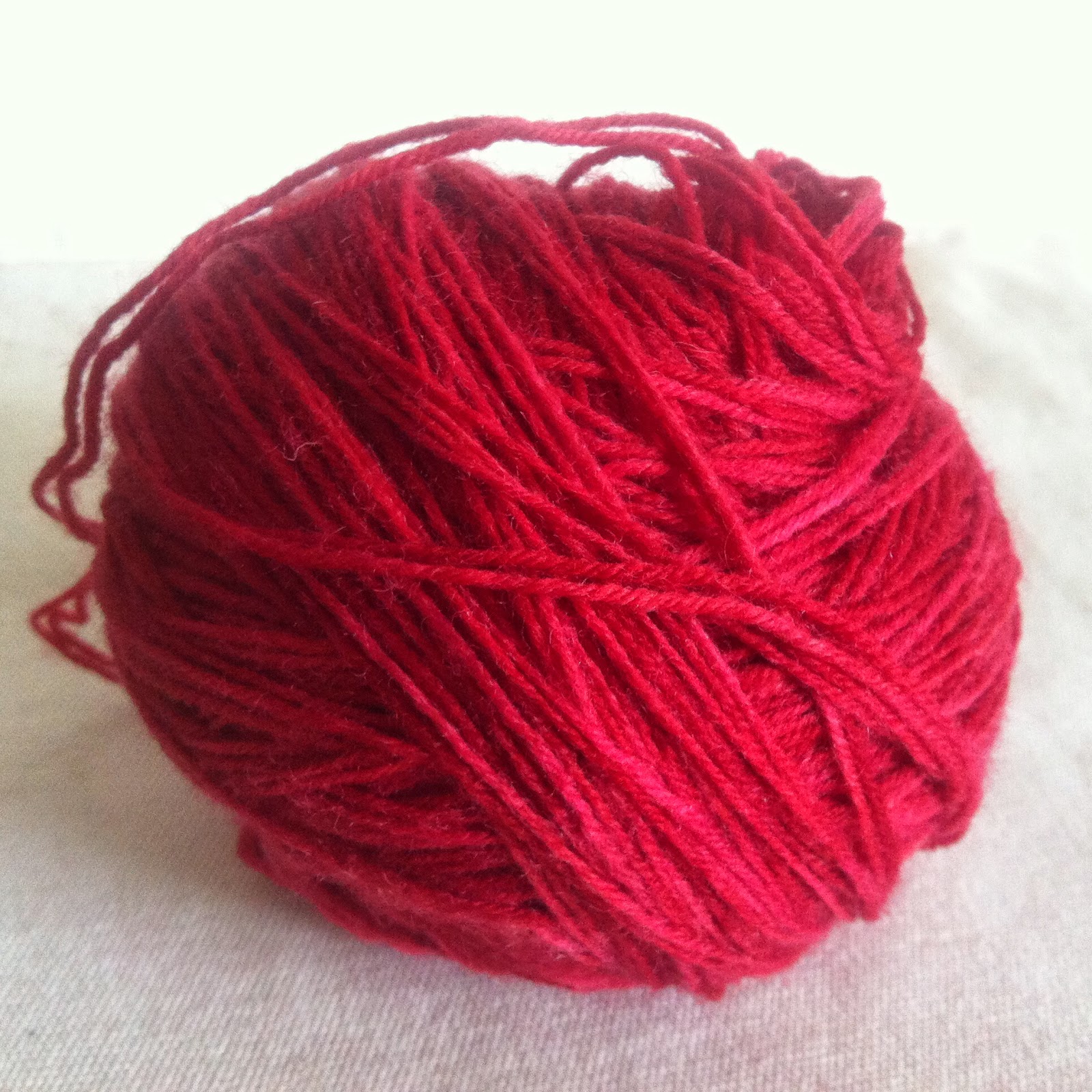 I didn't bother with tension square; one of the advantages of knitting toe-up, is that you can knit so far up the toes, then measure the tension before deciding how many stitches your sock needs. Somehow I managed to get 8.5 sts per inch - definitely the tightest I've ever knitted anything - which might have something to do with having both socks on one needle. Having learnt about the importance of negative ease from my first socks, I worked out that I needed 76 sts.

I found casting on the socks fairly straightforward, but then, none of the techniques are new to me. I've cast on lots of things using Judy's magic cast on, and once knitted a pair of mittens two-at-a-time, although they did end up with two fewer stitches on one mitten than the other, oops. I did learn a new increase though - I have done backward loop increases before, but not left and right leaning. The increase is very straightforward, but if I drop the increased stitch I can't work out how to fix it, hence the slightly loose stitch somewhere on one of the toes. 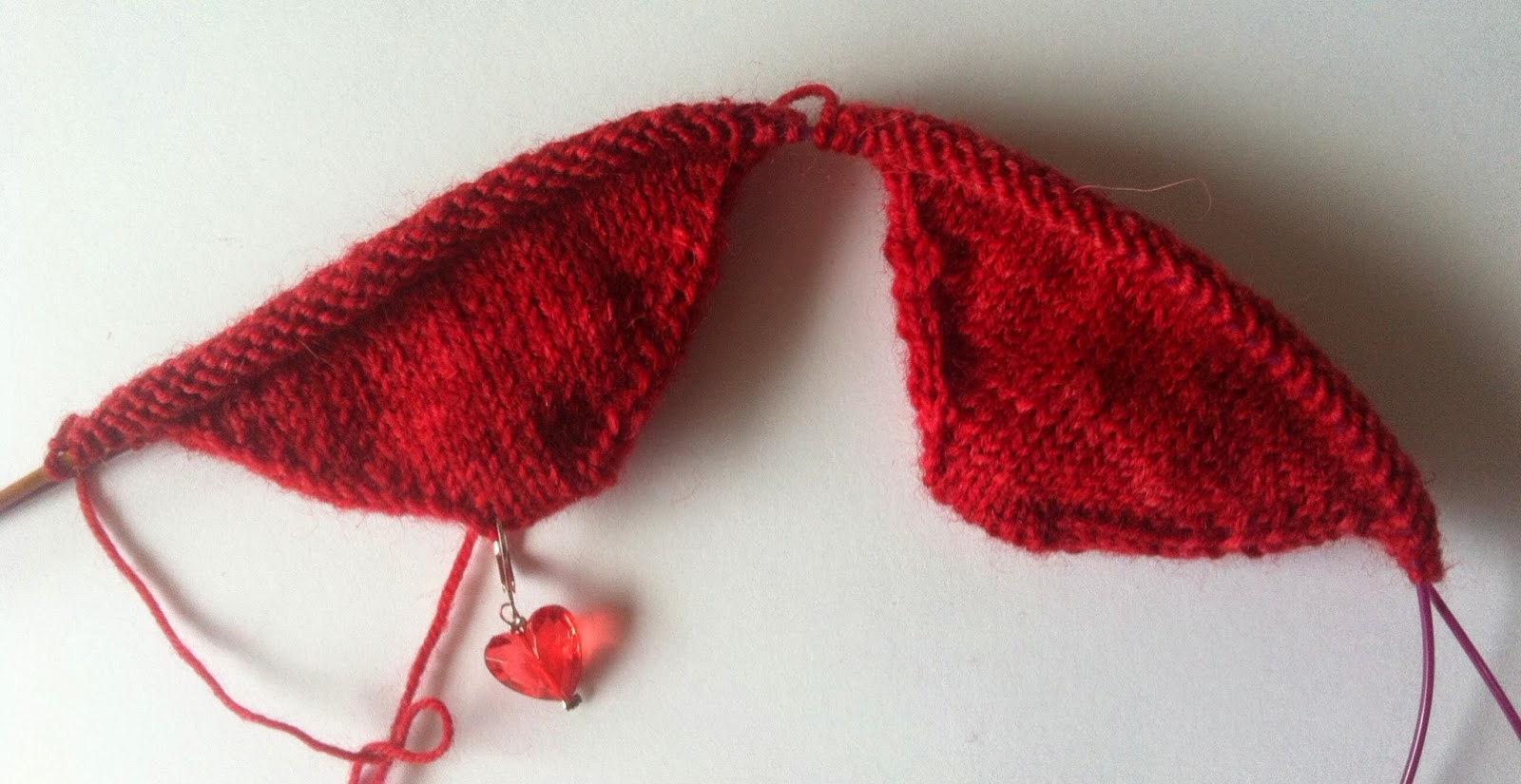 And now the toes are done and all I have to do is knit for a while. I'm already seeing the advantage of knitting them two-at-a-time; I don't have to take note of how many rows I've knitted as both socks are the same, and while each row is slower as there are more stitches, I'm only having to rearrange the cable half as frequently, so each row is taking less than twice the time it would to knit a round for one sock. I think these socks might be quite quick! There is a bit of maths involved in working out where the heel should go, but I'm leaving that for a bit. The only thing I'm finding a bit frustrating is the centre-pull ball, which seems determined to suffer from terrible yarn barf. On the plus side I am getting pretty good at untangling knots! 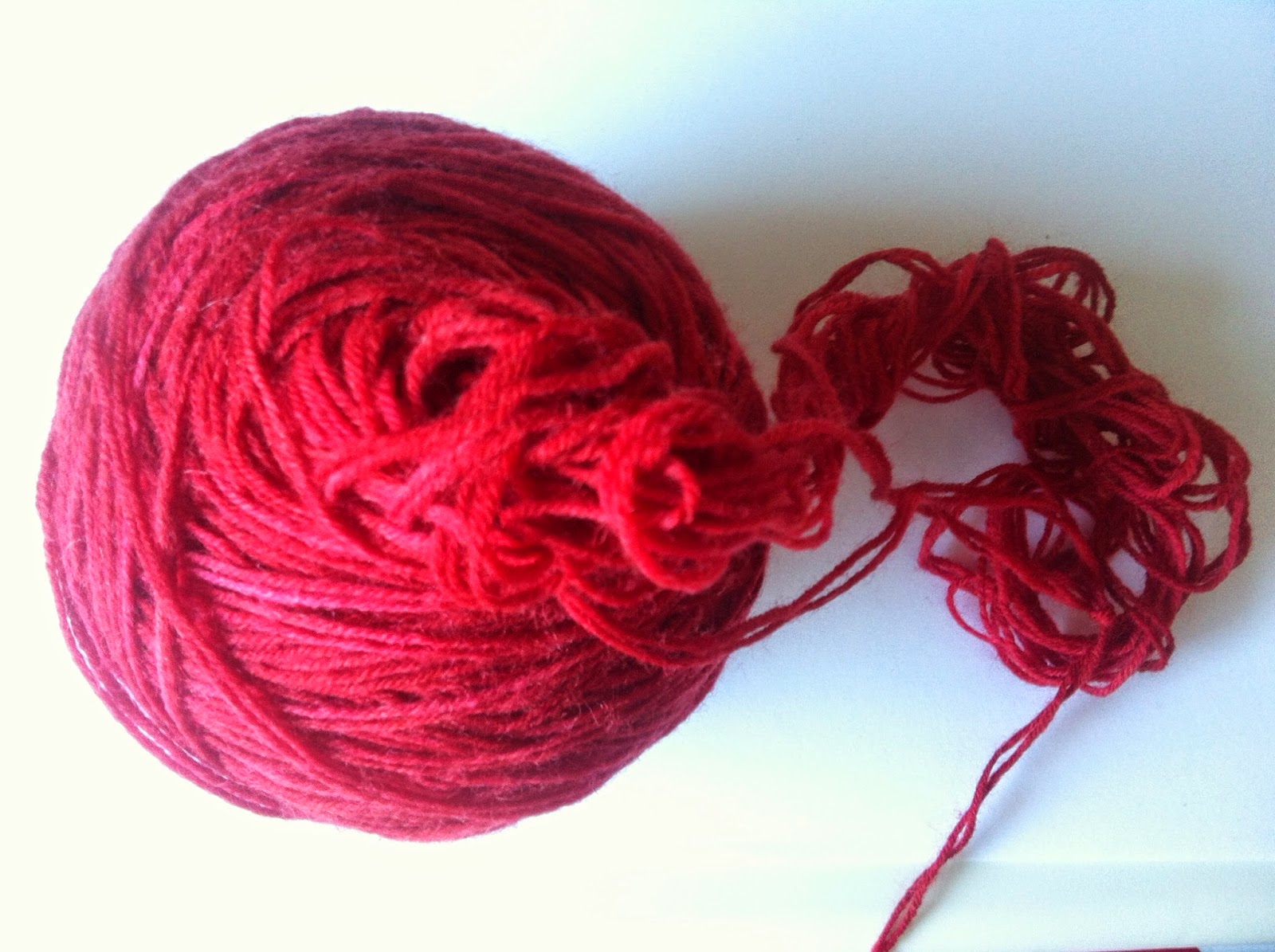