...The fifth of November,
The gunpowder, treason and plot.

In England, November the 5th is Guy Fawkes Night, when we remember Guy Fawkes' thwarted attempt to blow up the Houses of Parliament. We mark this by lighting bonfires with a 'Guy' on top, and by setting off fireworks. So this evening we're off to a fireworks party at a friend's. And obviously attending without cake would be rude, so I've taken the opportunity to make some chocolate cupcakes (my favourite) decorated as little bonfires.

Step one, bake cakes with the toddler while the baby sleeps. My son was particularly keen on scrapping the bowl. 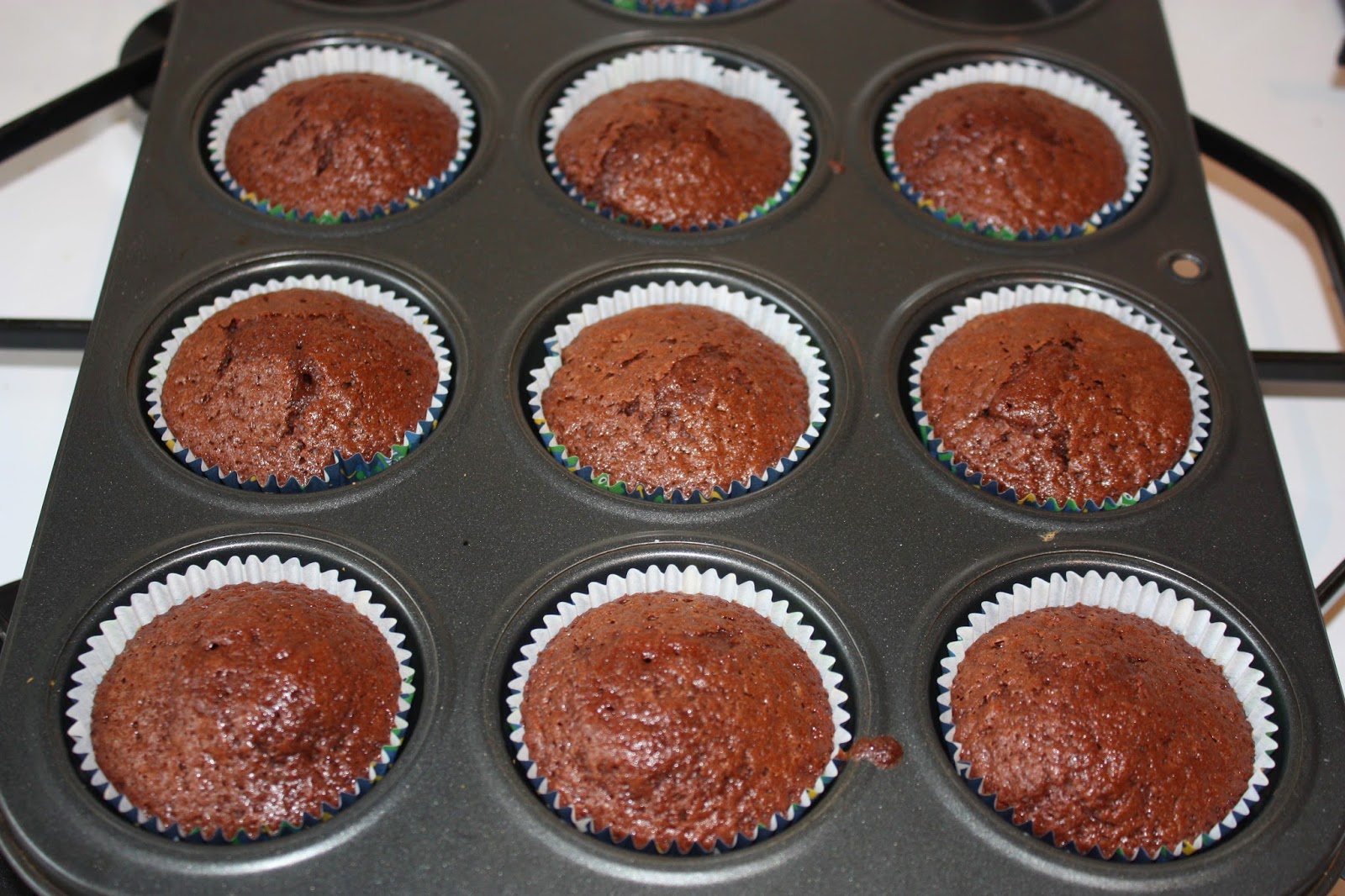 Then on to topping preparation. My son is currently going through a maths phase, so Smartie sorting went down well. Twig preparation was easy - open a box of Matchmakers (mmm, delicious, might have eaten a couple of broken ones; my favourites are the mint ones, but they don't go down well  with toddlers, so we went with orange; the possibility of using Twiglets was considered and immediately rejected, Marmite and chocolate anyone?). And if you can't use edible gold stars and cake glitter for Guy Fawkes, when can you? 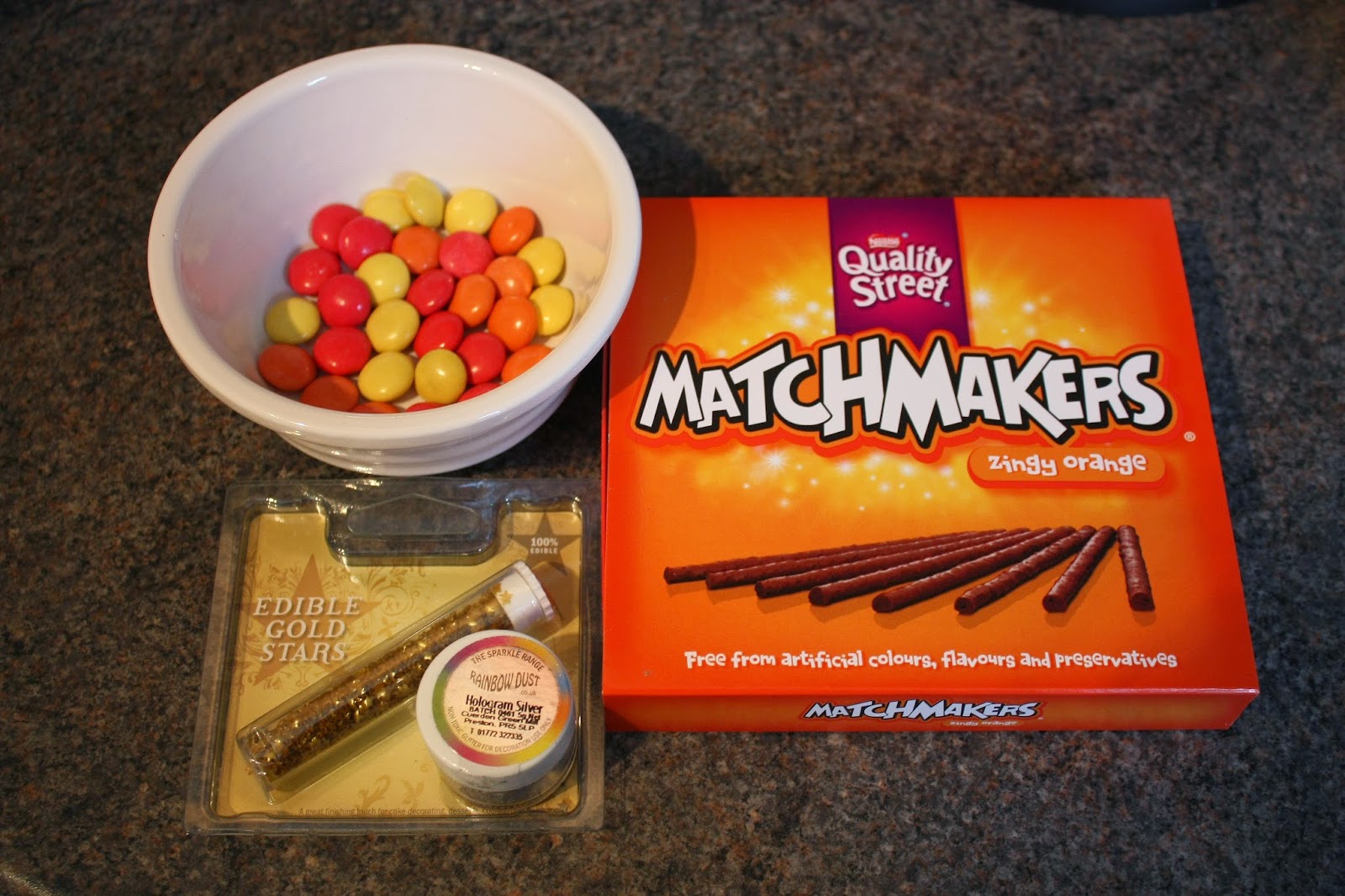 Chocolate icing was whisked up (slight error here, I was out of cocoa powder so used drinking chocolate powder instead, the fact that it has granulated sugar in means the icing is a little crunchy, but once the Smarties are on top no one will be any the wiser). I piped the icing on using my favourite nozzle (Wilton M1, perfect for swirls) while my son was distracted by licking the beaters; the swirls aren't generally so neat if a three year old helps! 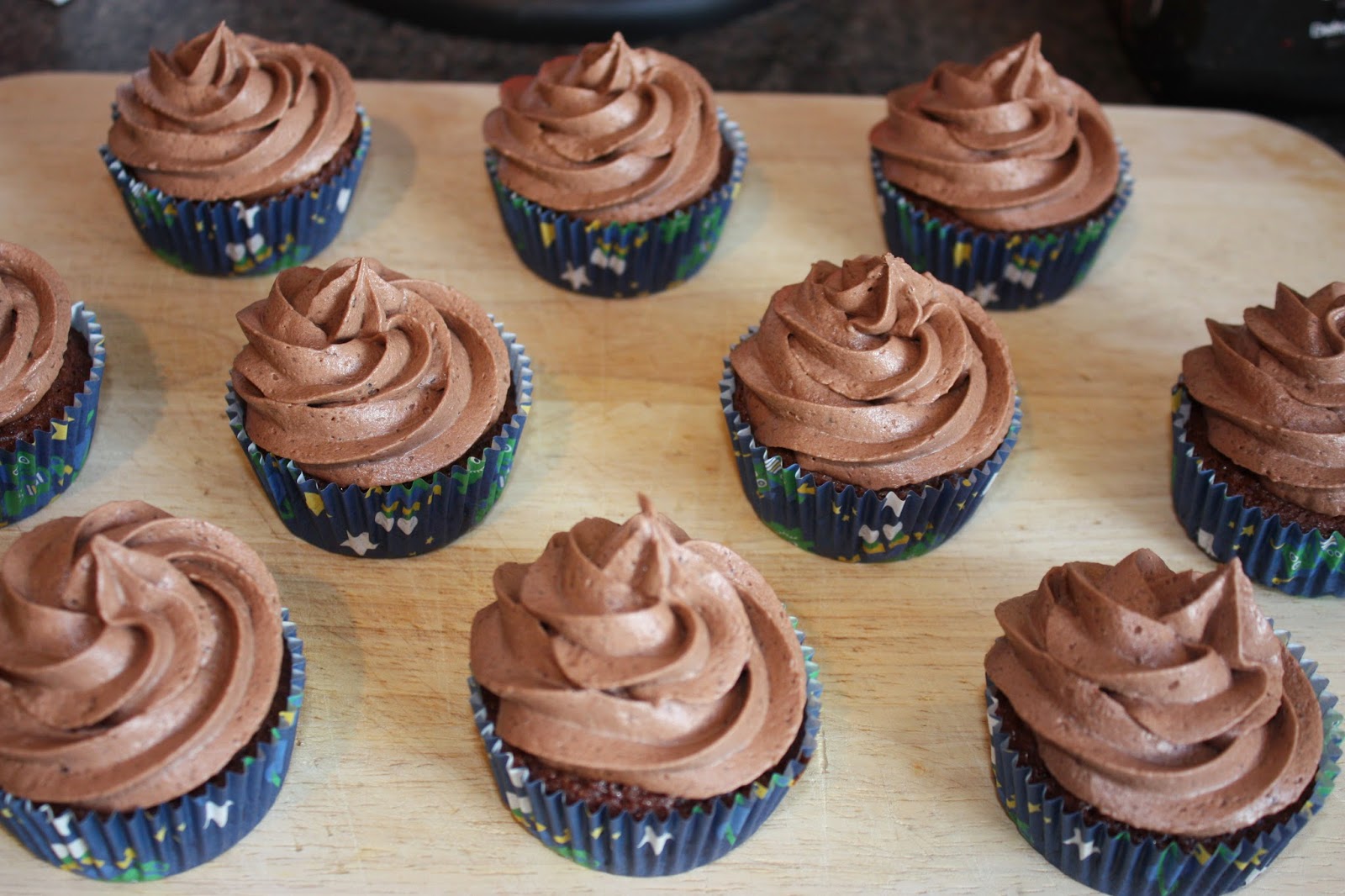 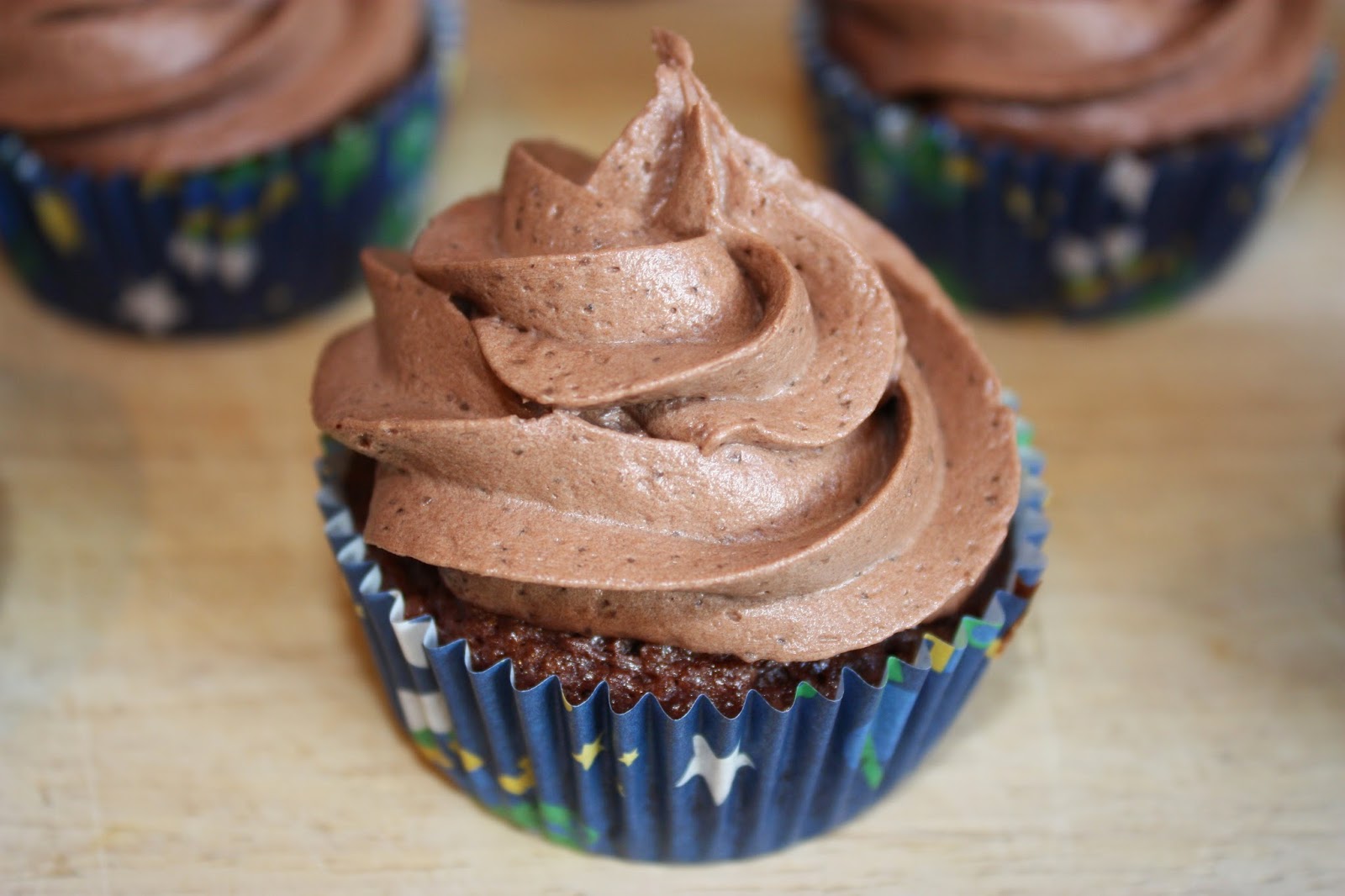 Not that it helped - I turned my back for two minutes and my son decided to get started on one of the cakes, so one looked distinctly scruffy! 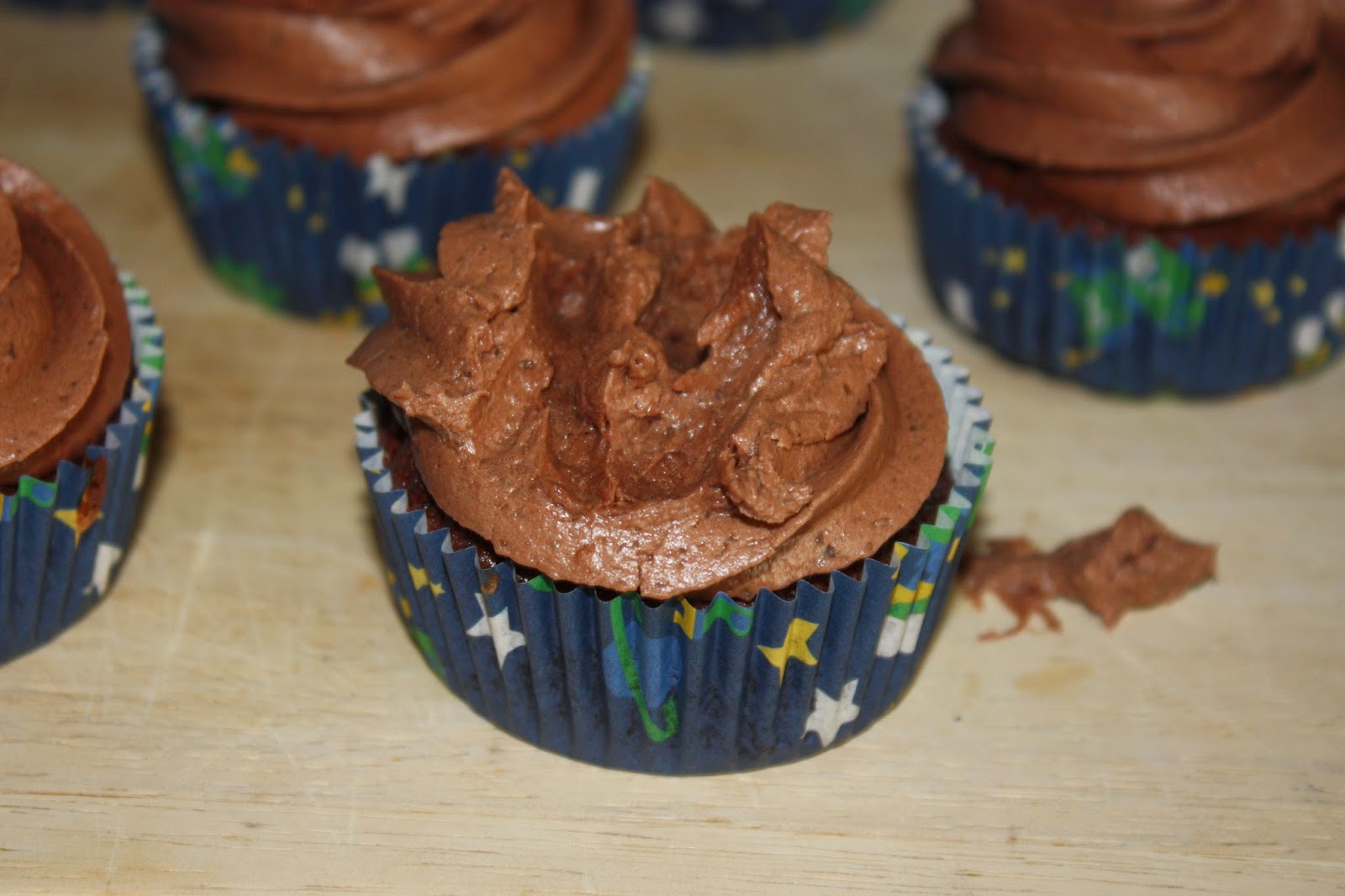 Decorating was fun. We started with the Matchmakers, then three Smarties for each cake (all bar one got one orange, one yellow, one red; the final one got two reds and a yellow), finally sprinkling with gold stars and cake glitter. 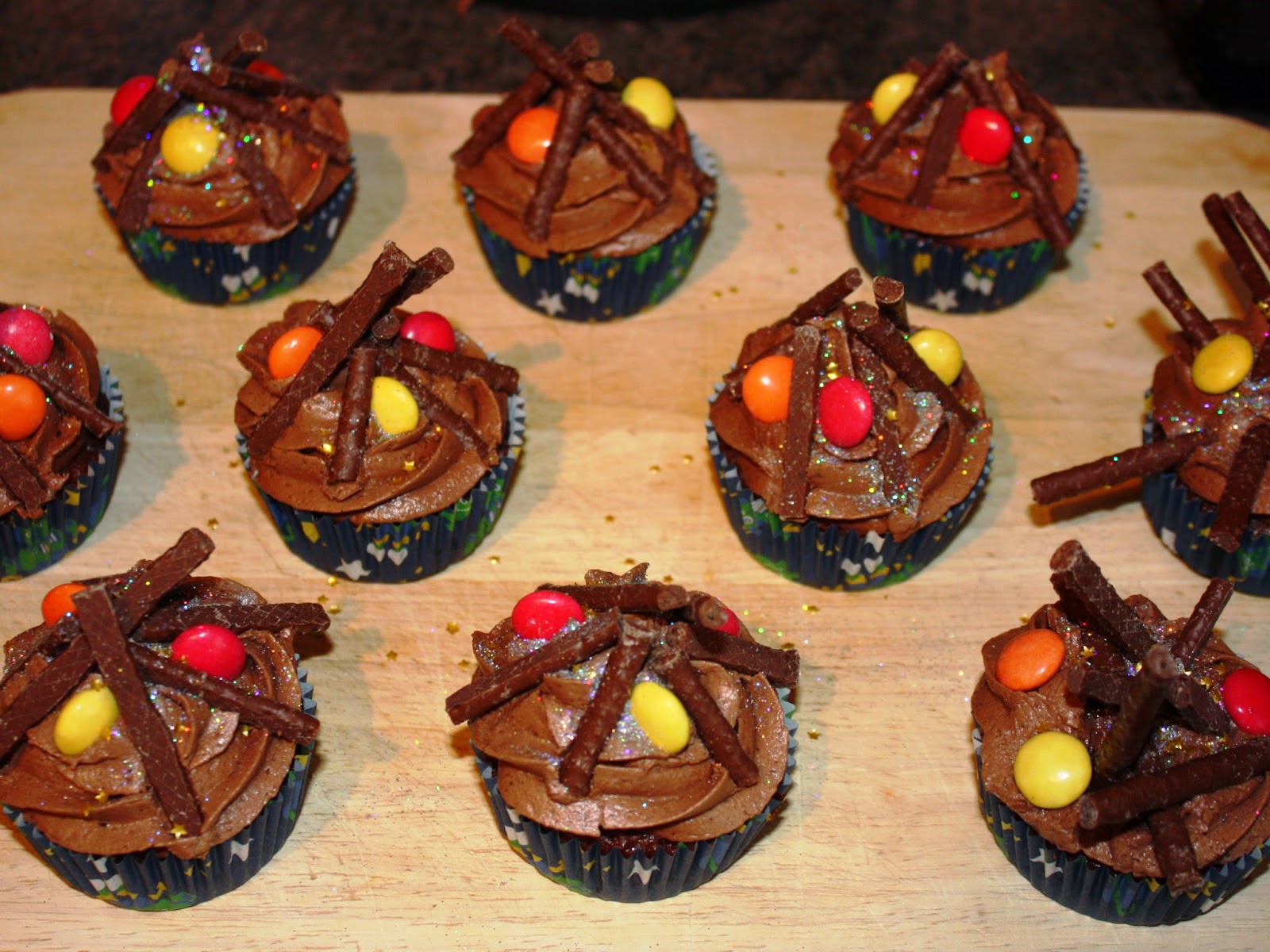 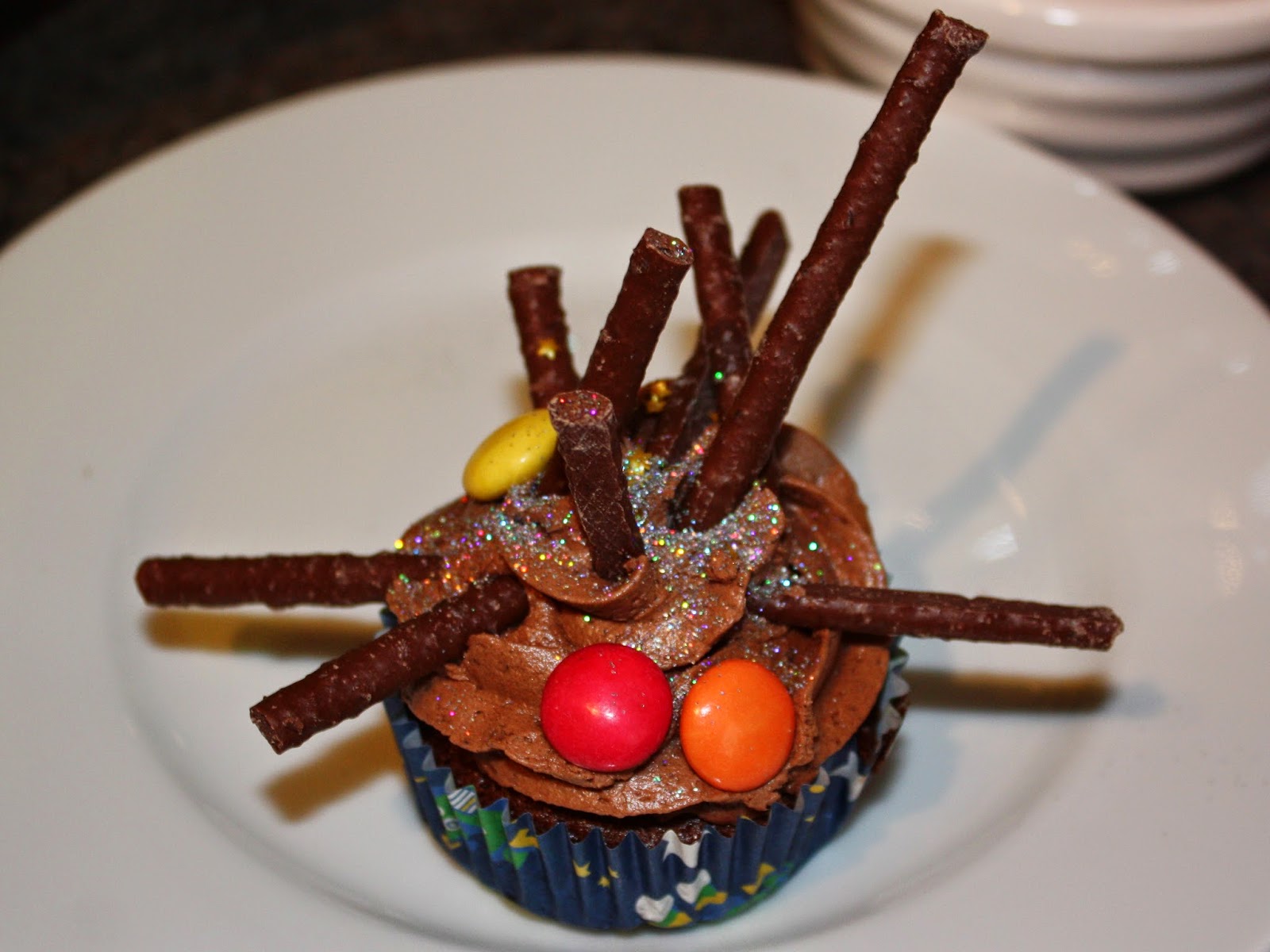 All set for fireworks now. Wrap up warm, it's cold outside!
Posted by Vikki at 15:32