I picked up Aimee Alexander's Market to Farm Mitts as part of the Indie Design GAL sale on the basis that they had an interesting cable pattern, and would make an excellent speedy gift. Wanting a quick project I had a quick rummage through the stash and located several pairs of balls of Merino DK in a selection of colours. The pattern calls for 120 m, so one ball should just do it, but it's always worth having a little in reserve, just in case. I went for some pink James C. Brett Pure Merino that I've had in the stash for a couple of years; I bought it with the intention of making a pair of fairisle mittens for a university friend, but have never got round to it, so these slightly less time-consuming mitts are for her! 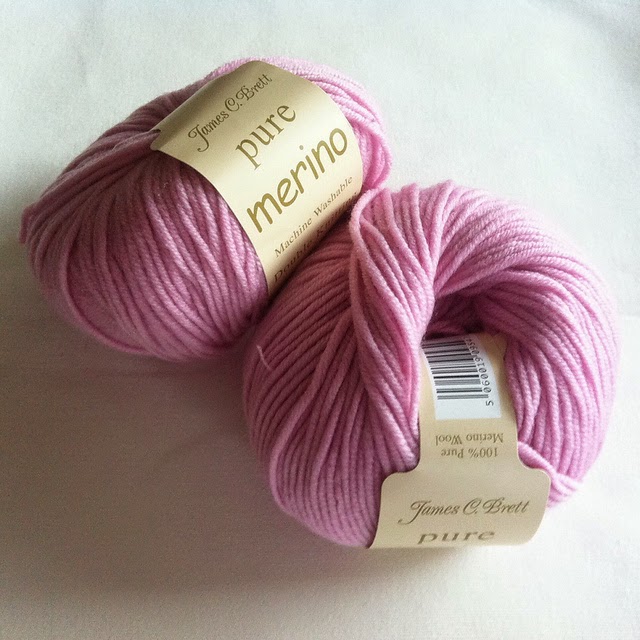 The pattern is great, really clearly written with a lovely clear chart. There's even a handy table of stitch count vs. charted row number (which would have been even handier had I noticed it before I did the final thumb gusset increase row on the second mitt! For reference, it's just below the chart). The instructions are pretty straightforward and I found it easy to memorise the sections between the cable rows (I never managed to memorise the cable row, even after two mitts), and the cable is only knitted every 8th row, so there's not too much to keep track of.

I risked not doing a tension square, I've used this yarn recently enough at this tension that I was confident that 2.5 mm and 2.75 mm needles would be fine. The mitts grew quickly (although their growth was much slower when feeding a baby at the same time! I still managed to knit both in three days whilst working on a couple of other projects too), and were very satisfying to knit. I kept trying them on while knitting them and they're lovely and cosy. Pre-blocking they were a little snug on my 7.5 inch circumference hands, but they'll give a bit on blocking, so I'm sure they'll fit well (and my friend has smaller hands than me; obviously that was written before the mitts were blocked, and after blocking they were perfect!). 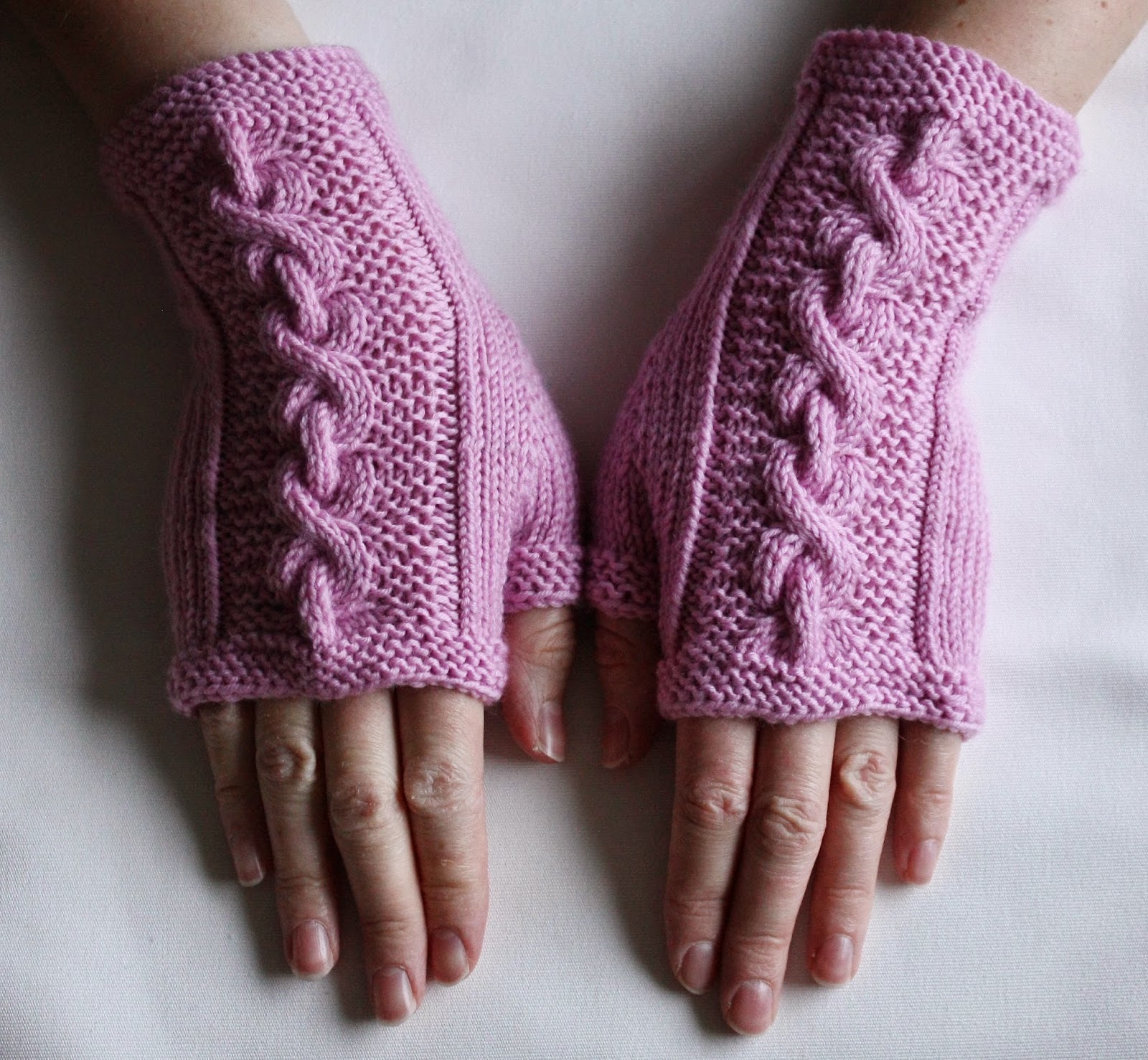 One very minor thing to note is that the cable requires two cable needles, so I wouldn't necessarily recommend it as a first cable project. I couldn't work out how to do the cable without using cable needles, although it's probably possible. I used a spare circular needle instead of two cable needles as it meant I only had one extra item to keep track of; it worked really well, and I'm really pleased with how crisp the cables look. 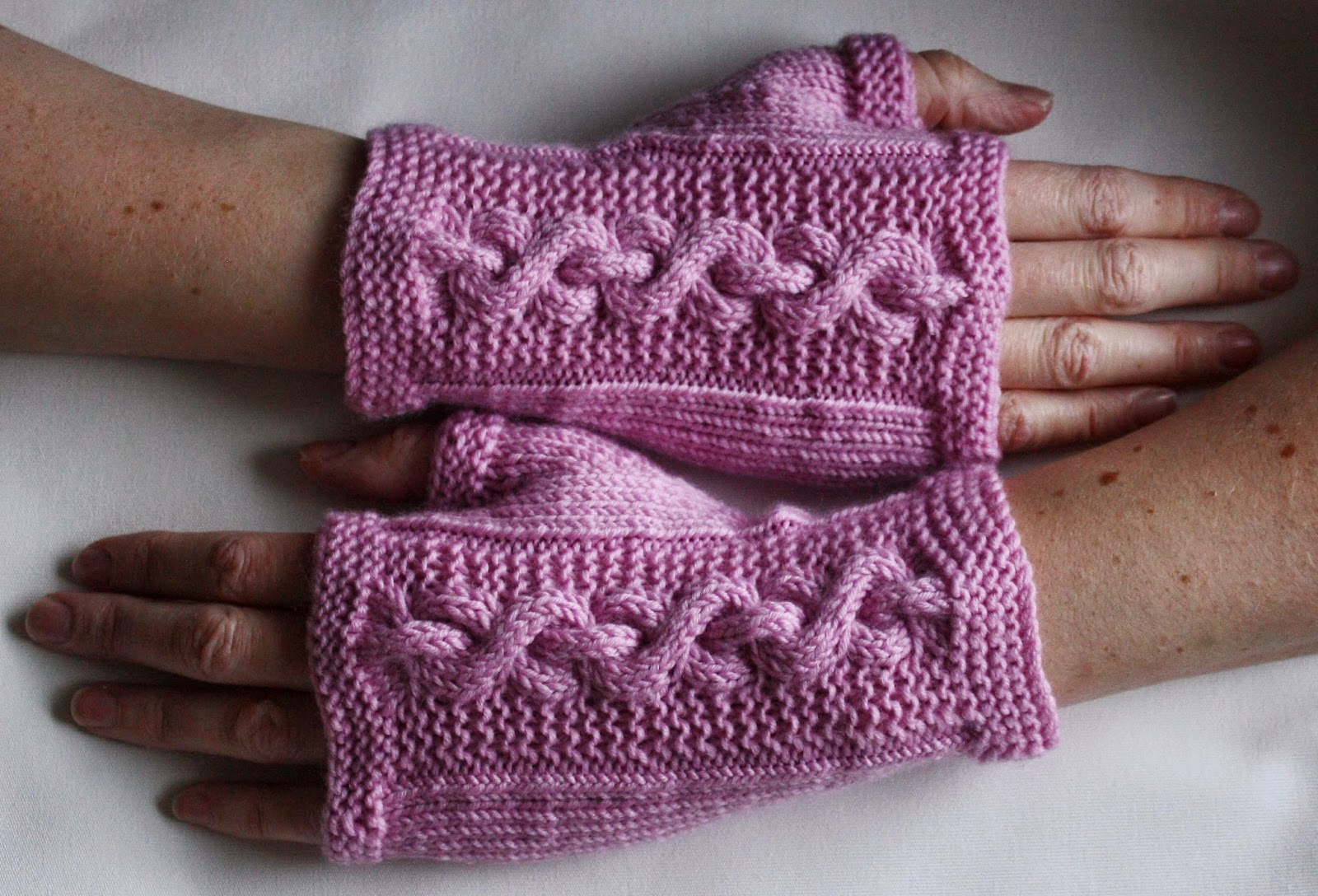 Overall I'd say this was a really enjoyable knit; interesting but not too taxing, and the resulting mitts look great. I only needed 111 m to knit them, so still have a spare ball of yarn to do something else with. And remember, if you buy the pattern before 11.59 pm (EST) on November 21st 2014 you can get 25% off using the code giftalong2014. 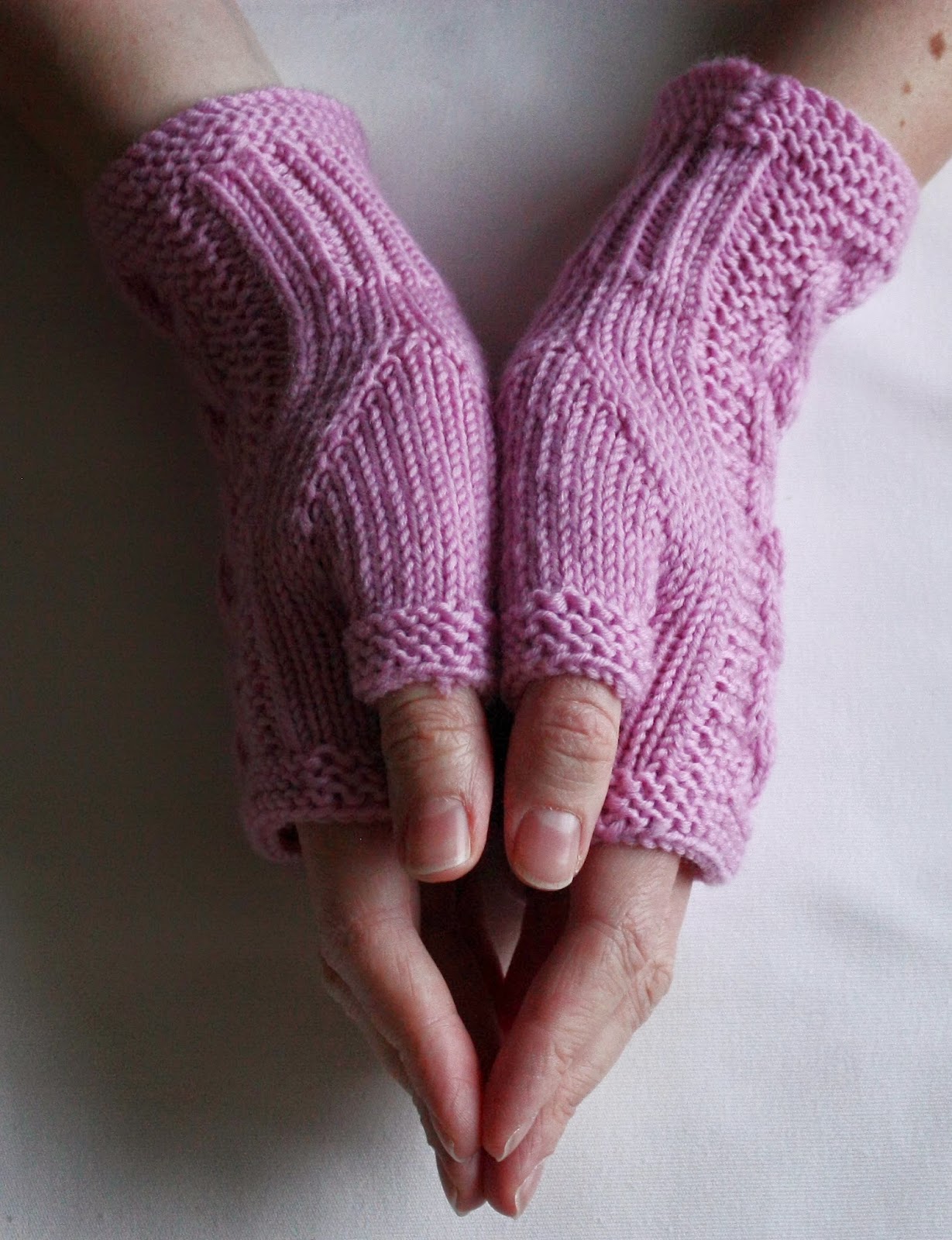 Having said I was being restrained and not buying any more patterns, three more have leapt into my basket (nothing to do with me, honest!). I've enjoyed knitting these mitts so much that I've bought two more mitts patterns: Given 'Em The Slip Mitts by Triona Murphy (I saw someone else's shared to the GAL group on Ravelry and fell in love), and Antiquity by Alicia Plummer (purely on Corley Grove's suggestion in my interview with her); and another hat pattern, Tupelo Slouch by Sara Gresbach (I'd been deliberating over buying it, then saw a finished project and knew I had to buy the pattern). I have yarn in stash for them all, but am certain I won't get everything I've bought patterns for knitted before the end of the GAL, but they're all at the top of the queue, so over the next year people I know are going to get some lovely gifts!