On Sunday my neighbours caught me as I was getting in from the supermarket to ask if I wanted some apples; apparently they have five apple trees in their garden and the weather this year has caused a bit of a glut. I happily accepted a large bag of apples, then had a think about what I wanted to make. We've had a lot of hot puddings recently as the weather has turned colder in the evenings, and snuggling up and eating crumbles and sponge puddings is a great way to spend an evening, but I fancied making something else, so settled on Swedish Apple Cake (which were words that had entered my head like an earworm. No idea where they'd come from, but I thought I'd run with it).

A quick Google found me this recipe by Rachel Allen (why do I own recipe books? I always ask the internet for recipes before actually looking in the books these days), which handily contains no fancy ingredients. Making the cake was really straightforward, and it smelt delicious while it was baking. 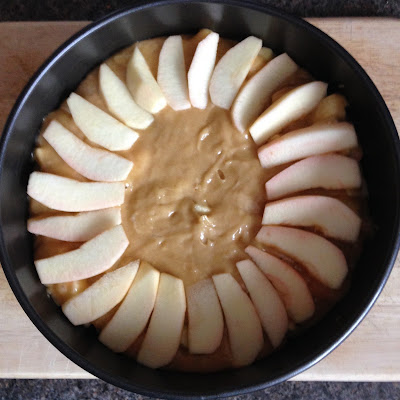 The glaze was much more tricky: the steps sounded so simple: melt the butter, dissolve the sugar in the butter and add the cinnamon. It turns out that dissolving sugar in butter is not straightforward, and I ended up with a rapidly darkening and increasingly burnt smelling, very hot, sticky saucepan. Which I threw in the sink and started again. 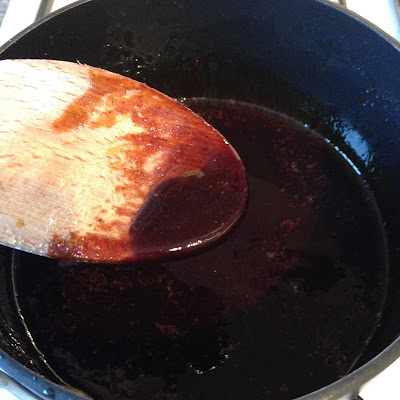 Rather than risk doing the same glaze wrong for a second time, I used a simple cinnamon and caramelised sugar syrup (50g water, 50g sugar, 1 tsp ground cinnamon. Stir the sugar in the water over a low heat; once the sugar has dissolved, stir in the cinnamon, then increase the heat, and reduce the syrup to approximately half its original volume. Do not stir the syrup while it's reducing. Once reduced, immediately pour the syrup over the cake). It worked perfectly first time, although if I did it again I'd use a pastry brush to distribute it a bit better. 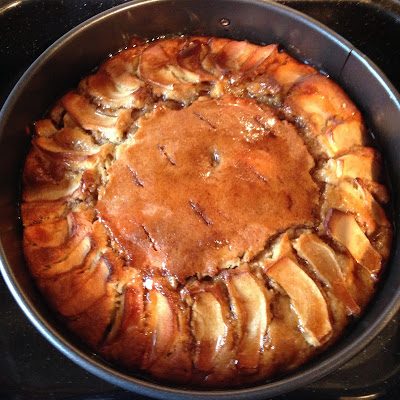 The cake went down well at my knitting group, and I'll definitely make it again. Probably a good thing really, as I still have quite a lot of apples! 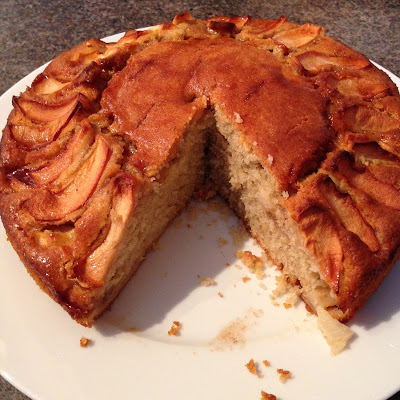 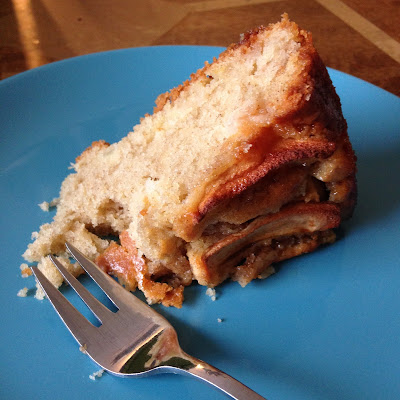 And tonight it's the final of Great British Bake Off. I don't have a favourite this year, and genuinely don't mind who wins (although for reference I think Ian might win - I don't think he's necessarily best, but I think he'll do everything well enough tonight). I'm hoping the final will be a bit like last year's, when the contestants had to make something basic without instructions and do it perfectly. Not much longer to wait now anyway!
Posted by Vikki at 13:03