Yesterday morning we were greeted by heavy rain, so I decided to make the most of it and catch up on the baking we missed on Wednesday when the weather was good. This week was bread week on Bake Off, and I'd seen a recipe for iced buns on the fridge at my in-laws, so decided we'd go for those.

I used a Paul Hollywood recipe, which was easy enough to follow, although the dough was very wet, and the instructions said to turn the oven on before you starting mixing the ingredients. Even if your oven is slow it shouldn't need two hours to heat up!

Somehow I manhandled the proven dough into eleven approximately circular lumps (the dough was too wet for anything more elegant) and baked them for the stated 10 minutes, which was a little too long for these buns, but other than being a little dark they were fine in terms of taste and texture. 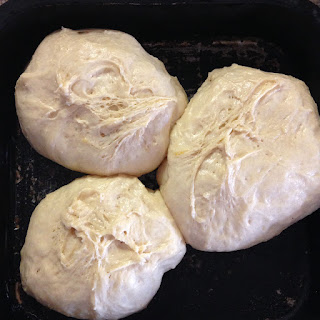 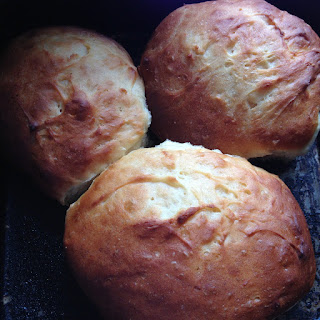 We iced them with glacé icing and three colours of glacé cherry. We also threw away seven bottles of out of date food colouring, which did prevent us from having pink iced buns (at least until one of us had done a dash to the corner shop)! An excellent bake I'd definitely do again, but I'll keep a closer eye on the oven next time. 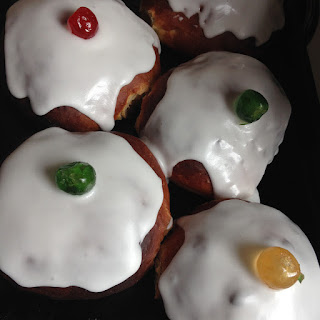 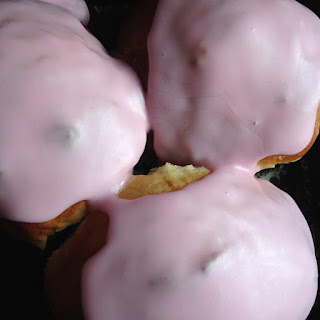