Last week was cake week on the Great British Bake Off, and I baked a lemon cake and some chocolate brownies in celebration. Nothing as grand as anything the contestants came up with - when you say Madeira cake I think plain loaf cake, possibly with jam in the middle and white icing on top, or maybe a children's birthday cake, certainly no basil in sight! This week it's biscuit week on the show, so I had a think, and realised that the only biscuits I ever make are essentially shortbread to use with cutters.

I briefly considered biscotti, which will be tonight's signature bake, but I don't actually like them all that much; tonight's technical challenge, Arlettes, don't look like the sort of thing I like to eat; and I'm not making a box of biscuits out of biscuits as I have other things to do this week! So I looked on the shelf of cookery books and fished out a book I hadn't used in a while: The Hairy Biker's Big Book of Baking. The books was written to accompany a television series a few years ago, and I have used the book before, so know that the recipes have a decent chance of working, and that the writing style is nicely no-nonsense. Handily the index has a section titled biscuits, so I didn't have to browse the whole book. I plumped for Amsterdam Caramel Cookies, or Koggetjes, which are basic biscuits with caramel shards cooked into them. 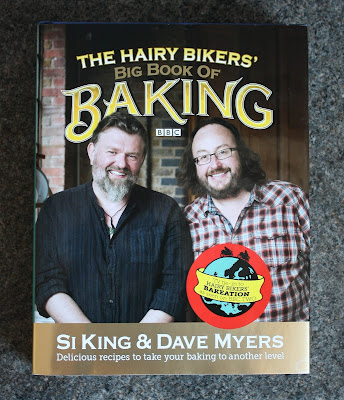 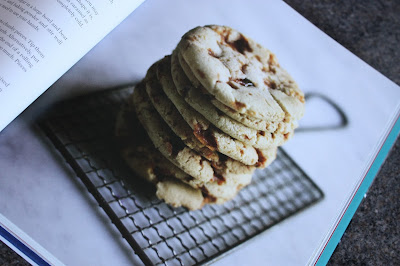 The first step was to make the caramel, which I have done before, but have burnt it once and undercooked it once, which isn't a great record for two attempts. So I was delighted when it worked out fine first time! As I said, this book is pretty no-nonsense, so comes with handy advice, such as to make sure the sugar has dissolved fully before turning up the heat, and to not touch the caramel until it's well and truly set as it is HOT. All good so far. 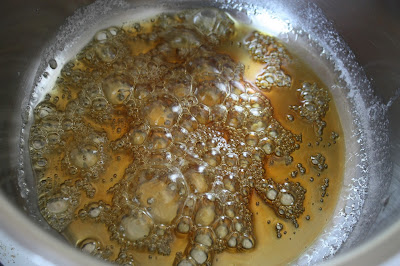 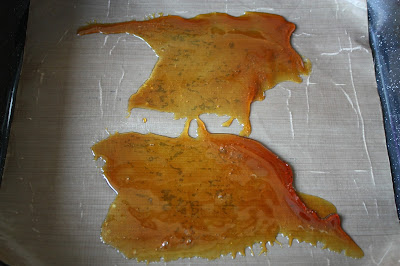 The biscuit mixture was really easy: sugar and butter, flour and baking powder, stir it all together, then crush the now-set caramel and stir that into the mixture, easy peasy. 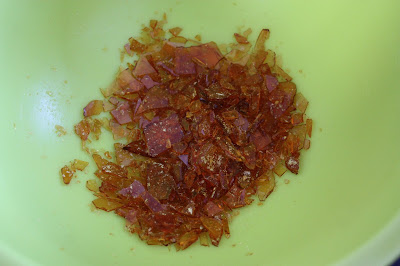 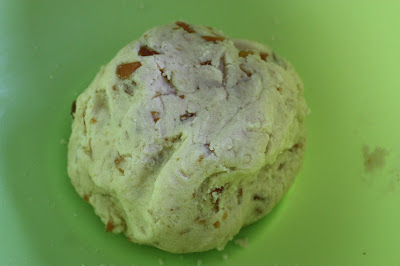 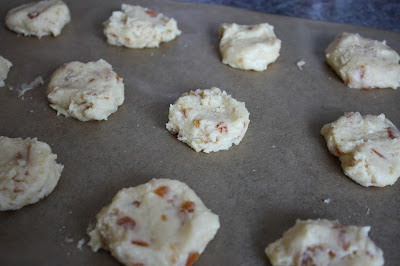 Weirdly, baking the biscuits was the most difficult thing. I'd just removed dinner from the oven, so thought it might be a little hot, but these biscuits took well over the stated 10-12 minutes to cook. No idea why (it's possible my daughter had 'helped' by turning the dials, but I don't think she did on this occasion), but after about 25 minutes minutes they looked golden brown as described in the book. 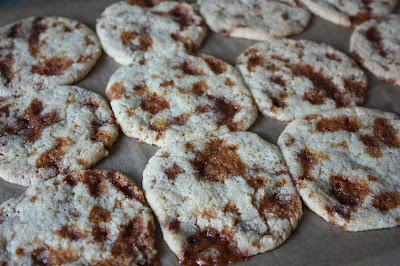 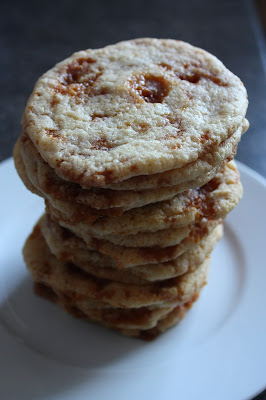 And the final verdict? Crunchy, chewy, sticky, sweet. The caramel tastes delicious, but the biscuit is a little greasy for my liking. I don't doubt that they'll all be eaten, but other things would probably go quicker.
Posted by Vikki at 20:04